The PLCB is auctioning a 70-year-old bottle of whiskey; the starting price is $25,000

You don't have to live in Pennsylvania to bid on this rare Macallan scotch or another one that will sell for at least $9,000 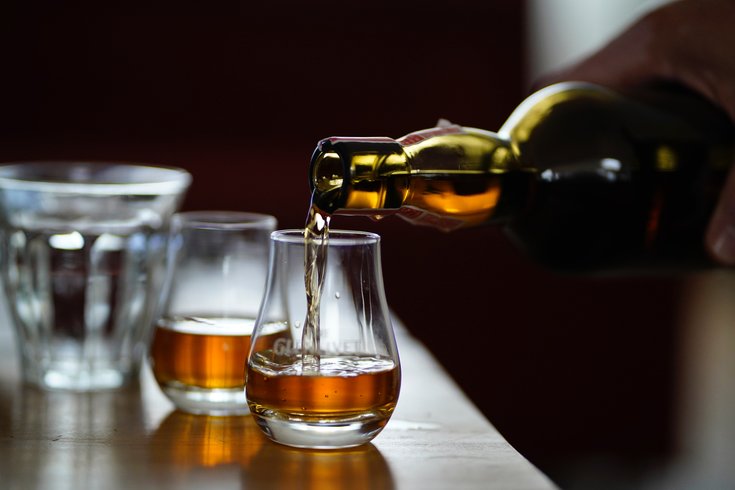 If you have thousands of dollars at the ready and a hankering for some old whiskey, the Pennsylvania Liquor Control Board has good news.

The PLCB is holding its first-ever Rare Vintage and Special Auction, beginning this week. At stake: two bottles of scotch whiskey from Macallan’s Fine and Rare Series of bottles.

One of the two bottles up for auction was distilled all the way back in 1949, which is staggering. That bottle, the Macallan 1949 Cask No. 935 Single Malt Scotch Highland 52 Year Old, is a 750 milliliter bottle of whiskey that was placed in a cask in 1949. It spent the next 52 years aging in the cask, and then was bottled in 2002. That specific cask produced 228 bottles’ worth of whiskey, so this bottle has stupendous aging and stupendous rarity going for it.

The second bottle up for auction is also Macallan Single Malt Scotch Highland whiskey, but it’s from 1989 Cask No. 3247 and was aged for 21 years. The whiskey was distilled in 1989, spent more than two decades in that cask, and then was bottled in 2010.

Alcohol sure is something.

So, how exactly does the PLCB auction process work? It’s a “sealed bid auction process”, according to the state liquor board. It’s basically silent auction style: a licensee — that’s you — submits a bid for an auction lot — that’s the whiskey — with a dollar amount the licensee would be willing to pay for the lot. You can submit more than one bid, but the highest bid will win.

To participate, you first set up an account through the Fine Wine and Good Spirits website. You then complete a bid sheet, and a cashier’s check or money order for $2,500 as a sort of security deposit, and mail or deliver your bid packet to the PLCB by 4:00 p.m. April 5. The winner will have 15 days to submit their full payment.

Because of the limited availability of the bottles, the PLCB said, the auction actually isn’t limited to Pennsylvania residents.

“The Pennsylvania Liquor Control Board is pleased and proud to offer this once-in-a-lifetime opportunity to scotch lovers seeking to add a Scottish jewel to their collections,” PLCB Chairman Tim Holden said in a release. “We were extremely fortunate to receive these highly sought-after products, which are very difficult to find across the world, let alone in the U.S., and we look forward to making one or two scotch enthusiasts very, very happy.”