As Josh Shapiro takes office, could 2023 be the year Pennsylvania legalizes recreational marijuana?

Several neighboring states have passed cannabis laws, and Delaware now is poised to try again, all creating a roadmap for legislators with Democrats poised to control the House 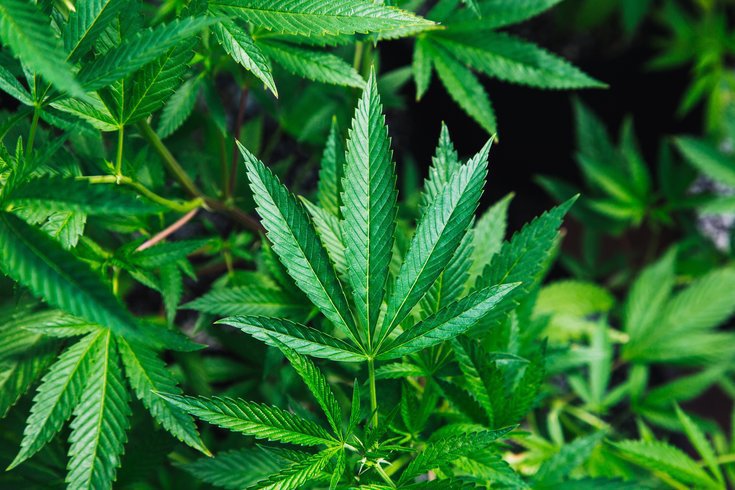 Pennsylvania appears to be among the next crop of states that will advance legislation for the legalization of recreational marijuana. The stage is set for debate to pick up in 2023, but will a law get passed this year?

Pennsylvania Gov. Josh Shapiro has long been a proponent of legalizing recreational marijuana, calling on the state to follow the paths of others in the region — New Jersey, New York and Maryland — that have passed laws in recent years.

When New Jersey legalized marijuana nearly two years ago, then-Attorney General Shapiro was among the first to weigh in. "Pennsylvania should be next," Shapiro tweeted. "Let's make it happen."

Along with Ohio, Oklahoma and Minnesota, Pennsylvania is now considered to be in position to advance marijuana legislation this year. The state legalized medical marijuana in 2016.

At Shapiro's inauguration on Tuesday, rapper Wiz Khalifa, a performer at the event, pumped up the crowd with a comment on the drug.

“I’m about two things, peace and love," Khalifa said. "And if you’re 21 and older, smoke some weed!”

In some states, the path to legalization has been arduous, even with strong coalitions and legislative momentum. In Delaware, Democratic Gov. John Carney last year vetoed a legalization bill that had passed the state legislature. Attempts to overturn his veto were unsuccessful, and lawmakers this week introduced new bills to try again this year. Carney has two more years in office.

Even with Shapiro's support, Pennsylvania's advocates for legalizing marijuana will have some important hurdles to clear in the state legislature.

Last February, Pennsylvania's general assembly held hearings on the state's first bipartisan marijuana legalization bill, which was introduced in 2021 by state Sens. Sharif Street, a Democrat from Philadelphia, and Dan Laughlin, a Republican from Erie. After three hearings, the bill stalled as elections took center stage in Pennsylvania.

The bill from Street and Laughlin would set a minimum age of 21 for marijuana consumption and would mandate age verification for every purchase. A key feature of the bill is the expungement of non-violent marijuana convictions — a priority for Shapiro — and decriminalization of up to 30 grams. Possession greater than that would result in fines rather than jail time

For production and distribution of cannabis, the state would leverage the infrastructure of the existing medical marijuana program and create licenses for social and economic equity applicants to play primary roles in the expansion of the industry. Limited home growing of up to five plants would be permitted for medical marijuana patients, while farmers and craft growers would be authorized to cultivate marijuana after obtaining a micro cultivation license.

With adult cannabis use now legal in several neighboring states, Pennsylvania lawmakers have a number of blueprints to use for crafting legislation that will provide the best mix of fiscal, commercial, restorative justice and public health objectives. Nationally, there are 21 states, plus Washington, D.C. and Guam, that have legalized recreational marijuana.

Past estimates from the Pennsylvania Independent Fiscal Office project that marijuana legalization can generate between $400 million and $1 billion of new tax revenue and create thousands of new jobs. That would build on tax revenue generated by the medical marijuana program, which has more than 700,000 patients in Pennsylvania.

Public opinion also favors marijuana legalization in Pennsylvania, where 66% of registered voters support adult-use cannabis, according to a CBS News Survey in September. Another poll in 2020, conducted by Harper Polling on behalf of the Pennsylvania Cannabis Coalition, found similar levels of support with more than half of self-identified conservatives in support of marijuana legalization.

Backing of legalization among Republican lawmakers will be pivotal in setting a timeline for Pennsylvania to make the leap.

In November's election, Democrats flipped the House from Republican control for the first time since 2010, with a 102-101 advantage. But three of those Democratic seats were left vacant, one because of the death of a longtime lawmaker and the other two because the legislators stepped down after winning other elected offices. A fourth House seat currently held by a Republican could also be left vacant by a lawmaker up for special election in the state Senate, which is now controlled by Republicans with a five-seat advantage, 27-22.

Democrats are widely expected to retain at least three of those House seats once special elections have been held. Republicans attempted to delay the special elections until May, but a three-judge panel in Commonwealth Court has since ruled the elections should all be held Feb. 7.

Though jockeying in the House may delay movement on the marijuana bill during the early part of this year's agenda, this month's election of Rep. Mark Rozzi as the state's first independent House speaker could signal a more cooperative spirit in the chamber. Rozzi, a Democrat representing Berks County, flipped to independent to garner the votes needed for the speakership.

In the Senate, Laughlin is joined by Mike Regan, a Republican from York, in the effort to bring other GOP lawmakers on board with marijuana legalization.

“I am cognizant that the legalization of adult-use marijuana is concerning for many members, but as more surrounding states legalize marijuana, we cannot sit idly by,” Regan, a former police officer who chairs the Senate's Law and Justice Committee, said last March.

Shapiro didn't outline a specific policy agenda in his inauguration speech, so his immediate priorities for his first few months in office are not yet known. He'll deliver his first speech to a joint session of the legislature on March 7, when he presents his first budget plan.

Former Gov. Tom Wolf and Lt. Gov. John Fetterman, who's now in the U.S. Senate, pushed repeatedly for marijuana legalization in recent years as the legislature largely avoided engaging with any of several bills that emerged during that timeframe. Wolf pardoned nearly 400 people for low-level, non-violent marijuana offenses during his time in office, and the Biden administration announced last year it would pardon all federal-level offenders charged with simple possession — part of a gradual push toward decriminalization.

The outlook for marijuana legalization in Pennsylvania is stronger than it has been at any previous point. Between broad public support and the threat of losing tax revenue to surrounding states that already have legalized marijuana, the question increasingly looks to be one of "when" rather than "if" as 2023 unfolds.

But much like other states that have pushed their legalizations through, Pennsylvania faces a period of contentious debate ahead the closer this comes to reality. For lawmakers, the details of an eventual compromise could prove to be as big of a battle as deciding on the principle of it.