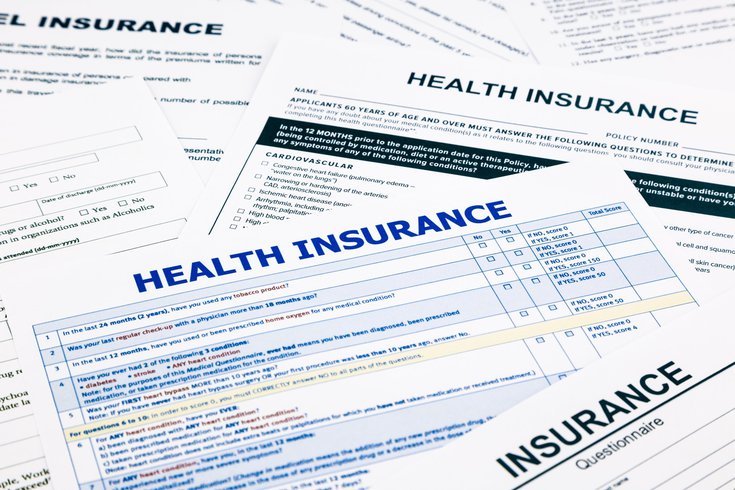 Many Pennsylvania residents who buy health insurance on the state's Obamacare exchange will see their monthly premiums rise beginning in January due to the way Pennie is distributing subsidies in 2022.

The American Rescue Plan reduced the cost of health insurance purchased through the Affordable Care Act marketplaces for many people in 2021.

While many of the benefits provided through the pandemic relief law remain in place for 2022, some Pennsylvania residents shopping for health plans on the state's exchange, Pennie, can expect their monthly premiums to increase due to several changes.

The unemployment insurance benefit that allowed thousands of Pennsylvania residents to qualify for plans with zero-dollar premiums is gone – at least, for now. And many others may see their monthly premiums rise beginning in January due to the way subsidies are distributed by Pennie in 2022.

The American Rescue Plan not only increased the value of the advanced premium tax credits, which allow eligible consumers to lower their monthly premiums, but it also expanded eligibility.

Previously, only people with household incomes between 138% and 400% of the federal poverty line were eligible to receive financial assistance. Those with higher incomes were required to pay the full price of their plans. But the American Rescue Plan temporarily removed that criteria, the so-called "subsidy cliff." Instead, health insurance premiums are capped at no more than 8.5% of household income in 2021 and 2022.

"The phasing out of the subsidy cliff has been really significant in providing affordable coverage for middle income people, where the cost of health insurance previously was, in some cases, out of their reach," Pennie Executive Director Zack Sherman said.

This change has enabled some people to save thousands of dollars on health care.

For instance, a 64-year-old married couple in Dauphin County with a household income at 450% of the federal poverty line – about $77,580 – previously had to pay 38.1% of their income for the benchmark plan. That equates to a $2,462 monthly premium. But under the American Rescue Plan, the couple can get the same plan for $550 per month, saving $22,949 annually.

Subsidy distributions will be different in 2022

Still, Pennsylvania residents who received enhanced subsidies during 2021 may see their monthly premiums rise in 2022, even if they've re-enrolled in the same plan. That's because their enhanced subsidies will be divided across 12 months instead of seven.

The alternative would have been providing tax return reimbursements this spring. Pennie officials wanted to make sure customers could receive the full benefit "as quickly as possible" so that their health coverage was "as low as it possibly could be," Sherman said.

Additionally, the benchmark plan in the Philadelphia market – the second-lowest priced Silver plan – has lower premiums than it did in 2021. For some customers, that will lower the dollar-amount of their subsidies. The 8.5% of their household incomes – the maximum they can pay for health insurance – goes farther on a lower-priced plan.

"Your subsidy would shrink a little bit because the cost of the plan is cheaper now," said Koleen Cavanaugh, vice president of marketing at Independence Blue Cross. "You're technically only paying the same 8.5%, but that 8.5% might go a little farther on a lower-priced plan."

Perhaps the biggest impact is the expiration of the unemployment insurance benefit in 2022.

In 2021, anyone who became eligible for unemployment insurance benefits for at least one week could enroll in plans with zero-dollar premiums and very low cost-sharing burdens. In some cases, people had zero-dollar deductibles. About 17% of Pennie customers received unemployment compensation in 2021 were eligible for these no-cost plans, Sherman said.

But the American Rescue Plan only provided that benefit for 2021, not for 2022.

"It was intended to be a financial support to give people access to really, really low-cost health coverage at a time when they really needed it," Sherman said.

Many of these customers may still be eligible to receive some financial assistance. But it will be based on household income rather than employment status.

That could change if the Build Back Better Act becomes law. The version passed by the U.S. House would renew the unemployment insurance benefits. But the legislation has run into significant roadblocks in the Senate.

"What we urge all of our customers to do ... is to take a look at your options," Sherman said. "We have a number of tools and supports to help people shop around and evaluate their health needs and their budget."

So far, active shopping – when customers can select a different plan from the one they had – is up compared to last year, according to Sherman. In general, people are opting for more comprehensive plans.

"We have more customers than last year, so that's part of it," Sherman said. "But we have seen more people actively shopping around and picking a different plan. ... We're seeing our percentage of enrollment in Gold (plans) grow as compared to last year, more so than our growth in Bronze plans, which are the least comprehensive plans."

Independence introduced new plans to help people offset potential increases in premiums, Cavanaugh said. As many as 21,000 Independence members may no longer be eligible for zero-dollar premiums due to the expiring unemployment insurance benefit.

The three other insurers – Cigna, Oscar and Ambetter from PA Health & Wellness – offering plans on the Philadelphia market did not respond to requests for comment.

Cavanaugh advised people to look beyond the cost of premiums when considering plans. The cost of using the plan – deductibles, copays and coinsurance – also is a critical component. Prescription drug benefits, the scope of the network covered by a plan also are important to consider.

"I think those are a lot of the main factors," Cavanaugh said. "But I think ultimately it really boils down to what are your health care needs, what's your health care budget and making sure you can afford not just the premiums but you can actually afford to get care if you need to use it."

Consumers can call Pennie's customer service center at (844) 844-8040 to receive assistance as they complete their applications. Assisters, who can explain various coverage options, and brokers, who can provide advice, can be reached at (844) 844-4440.