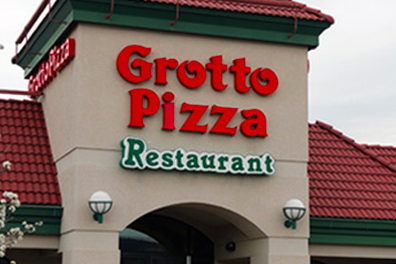 A Pennsylvania pizzeria and a local hospital have been hit with a lawsuit two years after a girl became "violently ill" when she ate a menu item falsely advertised as gluten-free.

According to The Times Leader, Samuel and Victoria Bayle are seeking damages against Geisinger Wyoming Valley Medical Center and Edwardsville-based Grotto Pizza on behalf of their 11-year-old daughter, Sydney, who was born with Celiac disease.

In their complaint, the Bayles say they ordered a "gluten-free" pizza for Sydney on July 7, 2014, under the assumption that the ingredients in her dinner did not contain the protein gliadin, which triggers the aggressive autoimmune response found in those with the rare genetic condition.

Sydney's health rapidly deteriorated in the two hours after she ate the pizza, the complaint says. Just after 10 p.m., her parents took her to Geisinger, where she "threw up chunks of blood" as the family repeatedly insisted that she receive emergency care. Their patience wore thin at 1:11 a.m. and the Bayles left Geisinger without “being seen, diagnosed, or treated by a physician or medical professional,” according to the complaint.

Eventually, the family made it the home of a relative in East Wyoming, where Sydney's symptoms were managed independently. The incident, according to the complaint, took a toll on the girl's body.

Since the episode, the Bayles say they have become much less trustworthy of restaurants advertising items as "gluten-free," sharing concerns with other gluten intolerant people who must take extreme precaution not to be exposed to harmful ingredients. Many rely heavily on documented approval from the Gluten Free Certification Organization before committing to dine at restaurants with gluten-free menus.

Grotto's and Geisinger did not immediately provide comment on the lawsuit. The restitution sought from both entities was not specified.

Celiac disease affects an estimated 1 in 133 American men and women of all ages, though as many as 83 percent of those with the condition are undiagnosed or misdiagnosed with another ailment, according to advocacy organization Beyond Celiac.

The legal environment surrounding gluten intolerance has increasingly gained visibility after a California woman sued Chinese bistro chain P.F. Chang's for imposing a surcharge to gluten-free items on their menu. The class action suit, still unresolved, hinges largely on whether or not Celiac's disease meets the requirements to qualify under the Americans with Disabilities Act and relevant state laws.

Previously, in a 2013 case over a mandatory meal plan at Lesley University in Massachusetts, the U.S. Department of Justice ruled that Celiac and other severe food allergies meet the revised disability criterion of a mental or physical impairment that "substantially limits activity" in areas considered a major part of day-to-day living.