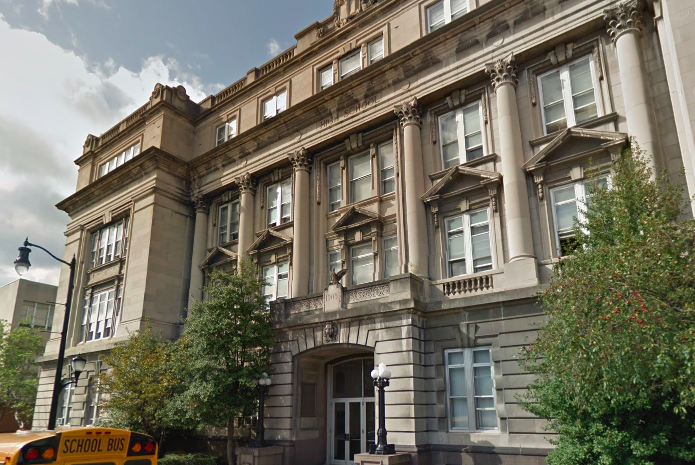 A Wilkes-Barre-area teacher was fired Monday after the school board voted to hold him accountable for allegedly acting as a "lookout" while another teacher reportedly had sex with a 16-year-old girl.

In January 2015, former Coughlin High School teacher Stephen Stahl was convicted of having sex with a student in a school classroom in 2004, The Citizens' Voice reports.

Brian Hampel, 44, of Ross Township, was accused of keeping watch for Stahl, an administrator and wrestling coach.

Stahl, who allegedly had an 18-month sexual relationship with the student, left the school in January 2014 and was officially fired by the school board in March 2015. Following his conviction, he was sentenced to six to 23 months in the Luzerne County Correctional Facility. After being granted parole and being released last October, he was accused of making disparaging comments about the victim.

Last month, the Wilkes-Barre Area School District issued a statement of charges against Hampel, an industrial arts and mathematics teacher who began working for the district in 1998. Hampel waived his right to a hearing on the results of an independent investigation into whether any other school employees knew about Stahl's relationship with a student.

Coughlin's former principal is currently on trial for perjury after he allegedly lied under oath during Stahl's trial.

A representative for the district's teachers union could not immediately say whether a grievance would be filed to challenge Hampel's termination.