While the state has mostly recovered from the public health crisis, it still sits well above the national average 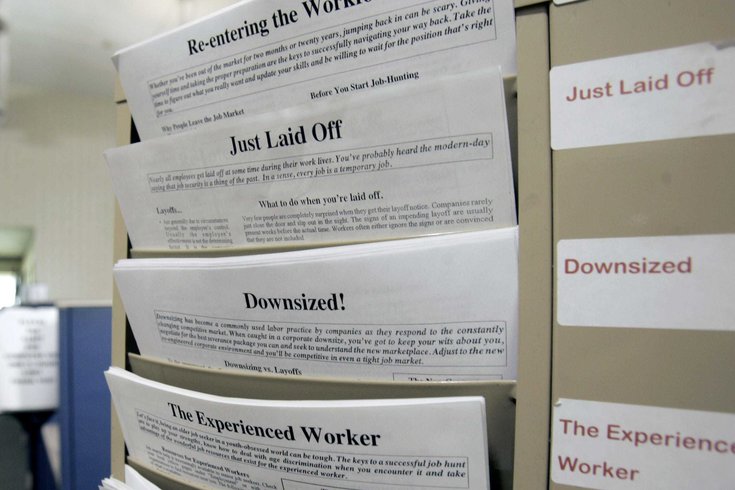 Pennsylvania's statewide unemployment rate fell to 5.1% last month, which is the lowest it's been since the pandemic began.

The unemployment rate in Pennsylvania fell to 5.1% in February, which is the lowest it's been since the COVID-19 pandemic began two years ago.

The state's Department of Labor and Industry released the data on Friday, noting the rate has not increased for any one month during the past 22 months. Additionally, 82% of jobs that were lost during the public health crisis have been recovered.

Pennsylvania's unemployment rate is still well above the national average. In the United States, the  rate was 3.8% last month, but the Pennsylvania's relatively high rate predates the pandemic. It was 4.8% in January 2020, while the nationwide rate was 3.5%.

Chris Briem, a regional economist at the University of Pittsburgh, said in 2019 that the gap could mostly be attributed to high unemployment rates in Pennsylvania's former mining and industrial hubs.

"I often disclaim that I don’t think there actually is one Pennsylvania economy to talk about," Briem said. "The larger regions in the state, regions such as Philadelphia and Allentown, have sustained job growth far above regions like Johnstown, Erie, and Altoona, which have experienced very slow growth or actually lost jobs."

Unemployment rates in some parts of the Philadelphia region have grown since the start of the pandemic, while rates in cities like Scranton and Wilkes Barre haven't changed much.

Philadelphia's unemployment rate was 5.8% in January 2020, reaching 7.7% two years later. That means the gap between the national rate and the city's has grown by more than 50% since the pandemic began.

In the Scranton-Wilkes Barre metro area, the gap between the local and national unemployment rate has grown by 7% over that period. In Johnstown, the gap shrunk by 7%.

One factor that likely contributed to the large increase in Philly's unemployment rate was the population loss during COVID-19. According to the U.S. Census Bureau, the city lost 25,000 residents during the first year of the pandemic. That's the biggest single-year loss it's seen since 1975.

The increase in remote work likely had an impact on the rate as well. With many white collar workers staying home, there has been a steep decline in demand for public transit, retail and food service in neighborhoods like Center City. As a result, Philly lost 24% of its low-wage jobs between March 2020 and June 2021.

Philly and Delaware County have both lower median incomes and higher rates of poverty than those counties. Six of the region's 15 poorest zip codes are also in Philly and Delco, while the other counties have none.