Through September, job numbers were still off more than 7% and thousands fewer people were commuting into the city daily 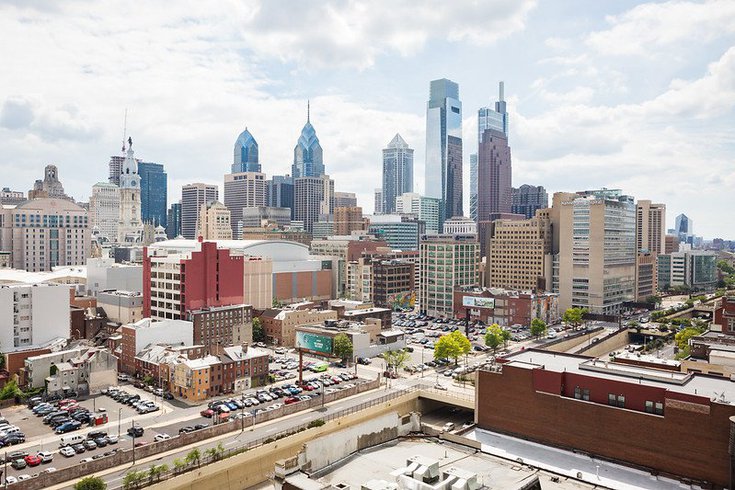 A Pew Research Trust study shows that Philly's economy has suffered more than other American cities and is recovering more slowly. There are several factors, including few commuters coming to the city every day.

As the nation moves toward the post-pandemic era, analysts say Philadelphia's economy has suffered more damage than other American cities and is not recovering as quickly.

Research by Pew Charitable Trust found that 7.6% of the jobs in the city were lost between March 2020 and September 2021, which is almost three times greater than the 2.6% lost nationally, but comparatively less than New York City's 10% decline. The results of the study, published Wednesday, also project that between 11,000 and 19,000 fewer commuters will come to the city per weekday through 2025, based those job losses and the rise of remote work.

The decline of these workers – who are concentrated among white collar professions like business, government and healthcare – could significantly reduce the demand for office space, public transit, restaurants and retail in some sections of the city.

Researchers also say the proliferation of remote work could lower revenue from the city's wage tax. That levy accounted for about half of the city's tax revenue in the years leading up to the pandemic, during which time Philly matched and even outperformed national job creation rates.

Kevin Lessard, a spokesperson for the mayor's office, said the city's government is already feeling the effects. The administration factored in a 15% drop in wage tax revenue when calculating the city's most recent budget and five-year plan.

"Due in large part to the pandemic, the nature of work has fundamentally changed," Lessard said. "As a result, it is likely that fewer people will be working in offices."

Paul Levy, the president of the Center City District, said he's seeing the tangible effects of the COVID-19 pandemic reflected in Pew's research, but he also regards some of their most dire predictions as worst-case scenarios, rather than inevitabilities.

A survey of Center City firms conducted by CCD showed that 25% still had employees working entirely remotely in January 2021. By the start of 2022, only 8% of businesses surveyed were requiring all employees to work from home.

Also since the beginning of 2022, 33% of businesses were requiring employees to come into the office at least once per week and 25% encouraged their staff to work in person. While 20% of businesses surveyed are aiming to get back to a fully in-person, five-day work week, 45% reported they will likely continue to offer employees the choice to work remotely, at least part time.

Levy described three factors that are keeping the 260,000 office workers Philly had before the pandemic from returning to Center City offices.

The two most pressing issues are fear of the coronavirus and parents who need to be home to care for children when schools and daycares close. Another is the concerns about safety, stemming from Philadelphia's spike in violence and crime rates.

Although crime is actually down in Center City, that is not actually the perception, Levy said. News reports and relatively empty streets have made some commuters hesitant.

To counter that, CCD has created a 15-person, uniformed, bike unit to patrol the business district and supplement the work the Philadelphia Police Department is doing in Center City, Levy said.

Only 50% of the jobs the city lost at the beginning of the pandemic have returned, according to Levy. He agrees with the Pew study's assessment that white-collar workers staying home means less money is being spent at restaurants and stores, which eliminates low-wage jobs at those kinds of businesses.

It's important that companies who employ white collar workers develop a "broader civic consciousness" regarding how decisions about telecommuting for their employees impact all workers, Levy said.

The city had 24% fewer low-wage jobs as of the end of June 2021 than it did in March 2020, the Pew report states. That includes nearly 10% fewer retail jobs and nearly 40% fewer leisure and hospitality positions. The finance and information sector lost 1.6% of its jobs and government jobs were only down 0.4%.

Foot traffic in University City had returned to pre-pandemic levels by the end of 2021, and Center City was at 75% of its March 2020 volume of pedestrians.

In December 2021, just less than 80% of Center City's storefronts were active, which was up from less than 70% at the beginning of that year, according to a CCD data. Additionally, the number of "inactive" storefronts shrank from 12.4% to 2.5% over that period.

The residential real estate market in the city also remains hot, according to the Pew study, with Philly's cultural attractions and affordability relative to other East Coast cities attracting many transplants.

Levy said developers in Center City have done a good job of converting unused office space into apartments in recent decades, which has left the neighborhood with a strong economic core that remained through the entirety of the pandemic.

Still the Pew research have concerns about population loss in the city.

Between March 2019 and 2020, there were 1,400 people moving out of Philadelphia monthly. Those losses were offset by Philadelphia's growing immigration population and because births outnumbering deaths among the remaining residents, and the city's overall population grew by 5% during the 2010s.

During the first 16 months of the COVID-19 pandemic, between March 2020 and July 2021, the outflo increased to 2,600 residents per month, which Pew researchers say is poised to have a negative impact on the city's economy and tax base.

Levy believes amendments to the city's tax policy could help stem this outflow.

The wage tax applies to all those who work in Philadelphia and all city residents, which means many former suburban commuters who now work remotely are no longer paying into the tax base. Additionally, 35% of Philadelphians work in the city's suburbs, Levy said,  where wage taxes are lower. Because of that, some of those Philadelphians stand to save money on taxes by moving out of the city.

This study is Pew's first in a series titled "Philadelphia's Fiscal Future." Subsequent entries will explore the choices policymakers in the city will have to make over the next few years.