The neighborhood's economic recovery efforts are the subject of the publication, which was released in early January 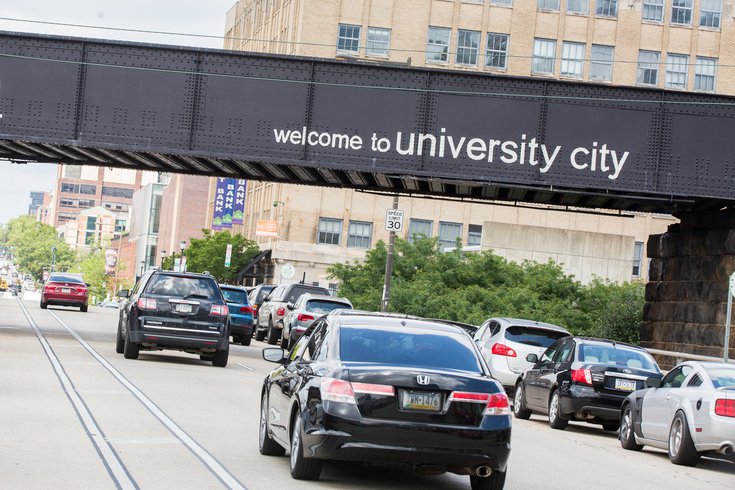 University City is a neighborhood on the upswing, according to the UC District's annual report, which tracks the community's economic growth, development, and expansion as an industry leader in higher education and health care.

Though the neighborhood has been rapidly expanding for decades as its higher education facilities — the University of Pennsylvania and Drexel University — grow in size and reputation, the area did see some challenges presented by the COVID-19 pandemic.

As the city continues to recover from the impacts of the ongoing pandemic, while also supporting residents as they battle the surging omicron variant, some growth has been slow. Though residents are still returning to commercial buildings in Center City, the return to in-person work has been shifting as pandemic conditions change.

One of the most notable findings in 2022's State of University City was that pedestrian foot traffic has returned to its pre-pandemic levels. Compared to the neighboring Center City District — which has seen just 71% of its foot traffic return, according to a December 2021 report — University City's recovery has had tangible impacts.

"Nearly 80% of University City's workforce falls in either healthcare and social assistance or education services, meaning once local universities fully returned in fall 2021, so did a large majority of our workforce," the report reads.

It's our pleasure to release the 2022 edition of The State of University City, our comprehensive report on neighborhood trends and major milestones from another unprecedented year: https://t.co/8HI3KO2ZCV pic.twitter.com/ixhQHMX2Rv

Pedestrian foot traffic in University City was at its lowest point during October 2020, where it dipped slightly below 50%. As more students, workers, and residents return to the neighborhood and its anchor institutions, foot traffic has improved.

The report found that 70% of the University City workforce is comprised of employees at six anchor institutions. Researchers found that the five higher education facilities and four hospitals in the community employ over 60,000 people.

The report also tracked the impact of COVID-19 on office occupancy, which has been a focus of concern as workers across the city return to working in person. University City's current office occupancy is high, at 92.7%, in part because many of the workers at the neighborhood's anchor institutions have been working in person, especially since colleges reopened for in-person instruction.

The neighborhood represents just 12% of the jobs available in Philadelphia, though it only represents 1.69% of the city's total footprint, according to the report. Further, expansions and developments across University City contributes to its rise in job listings, including 600 jobs at Penn Medicine's new Pavillion, which opened in November.

Most University City employers were looking for registered nurses in the past year, according to data compiled in the report. There were just under 1,600 job postings for nurses, followed by just under 1,200 postings for college professors.

Largely the focus of the report, University City's expansion over the last several decades has brought with it an increased level of construction and development. There is 1.4 million square feet of development currently under construction, according to the report.

38 construction projects were either completed or were near completion in the last year. These include both the east and west towers at Schuylkill Yards, expansions to uCitySquare, and 12 residential and mixed-use properties.

Are you having trouble keeping track of the dozens of real estate projects west of the Schuylkill?Our just-released State of University City 2022 provides details on a whopping 38 projects: https://t.co/febf03vEGz pic.twitter.com/YqOZAZ60Ii

The report notes that the average rent in University City is $1,800 per month, which is slightly higher than the average for the city as a whole, at $1,453, according to data from Zumper, a housing rental website.

Housing costs have risen across the country in recent years, and Philadelphia is no exception. However, with the increase in market value on properties in and around University City, there are calls for increased access to affordable housing in the neighborhood. This includes City Councilmember Jamie Gauthier, who represents the district.

One of her recent pieces of legislation involves an expires HUD-contracted affordable housing complex. The University City Townhomes, located on Market St. between 39th and 40th Streets, has served the community for decades. In July, residents received notice that the complex would be shut down in July 2022. As a result of this and other HUD-contracted affordable housing units across the city, Gauthier introduced a bill to protect the Townhomes from demolition.

The bill is currently awaiting a final vote by City Council. In the meantime, property managers for the University City Townhomes are unable to sell the property, which could potentially be used to continue the expansion of the sprawling West Philadelphia neighborhood.