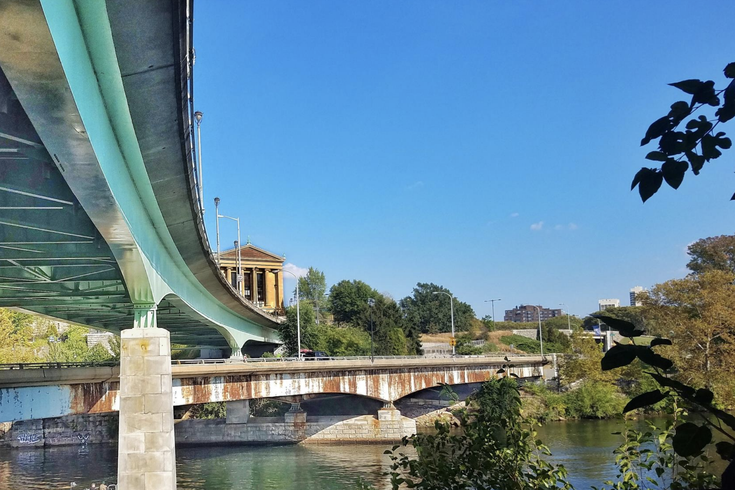 Pennsylvania will get $1.6 billion of federal funding to improve bridges statewide as part of the Bridge Formula Program, which Transportation Secretary Pete Buttigieg debuted in Philly on Friday. The program is providing states with $26.5 billion nationwide.

As a city centered on two major rivers, Philadelphia has a lot of bridges.

Some of them aren't in very good shape, but officials hope that will change soon now that Pennsylvania will get $1.6 billion in federal funds over the next five years to improve crossings around the state.

The money is coming as part of the $26.5 billion Bridge Formula Program, which U.S. Transportation Secretary Pete Buttigieg visited Philly to debut on Friday.

He, Gov. Tom Wolf and other officials stood below the dilapidated Martin Luther King Jr. Bridge in Fairmount Park,which was closed to vehicular traffic in 2020 after it was discovered 75% of the crossing's steel framing was deteriorated. It won't reopen until at least 2024.

Repairing the bridge is expected to cost $15 million, but it's far from the only one in the Philly area or Pennsylvania in need of attention.

Although Buttigieg told 6ABC the $1.6 billion allocated to Pennsylvania is the biggest federal infrastructure investment in the commonwealth since the federal highway system was first built, it will still only cover a fraction of the estimated $20 billion the commonwealth would need to bring all its crossings up to snuff.

Of the Keystone State's more than 22,000 bridges, about 3,000 have been characterized as structurally deficient and almost 12,000 are in need of repairs according to the American Road & Transportation Builders Association.

Additionally, 6ABC reported that the top 10 most heavily trafficked structurally deficient bridges in the state are in the Philly area, mostly along the I-95 corridor.

All this means that Pennsylvania has the second highest number of deficient bridges of any state, according to the Department of Transportation, leaving it behind only Iowa.

Buttigieg said that states also need to step up to the plate and provide some funding for their own bridges.

The $26.5 billion rolled out on Friday, which is expected to repair 15,000 crossings nationwide, only constitutes a little more than half of the $40 billion earmarked for bridge repair and replacement in the infrastructure bill passed in November.

While money in bills like this is generally allocated to states based on their size, this legislation is unique in that money was distributed via a needs-based formula. Pennsylvania will receive the third-largest allocation of any state.

Another unique element of the program is that the federal government will now cover 100% of the cost of renovating bridges owned by counties, cities and towns. They're generally expected to contribute 20%, but Buttigieg is hoping the flexibility will get repair projects moving forward in cash-strapped municipalities.