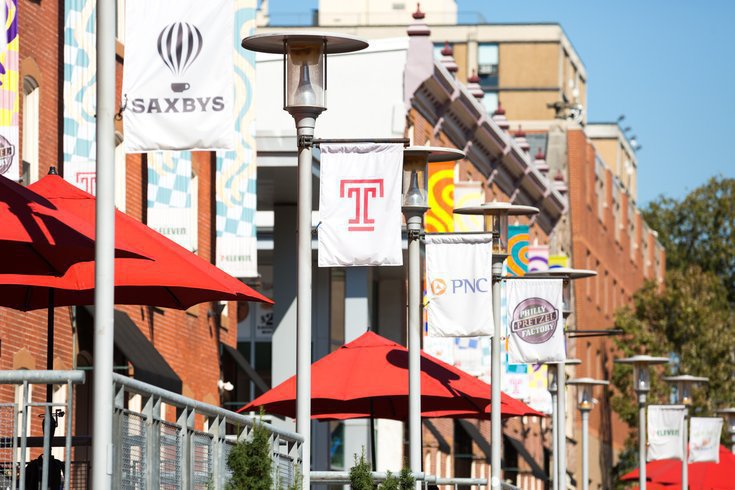 Temple University's executive director of public safety, Charlie Leone, will step down after 36 years with the school. Temple is grappling with a surge in off-campus gun violence.

Temple University is undergoing a change in its public safety leadership as it grapples with a surge of gun violence around its main campus in North Philadelphia.

Executive Director of Public Safety Charlie Leone will step down from his position on April 29 after 36 years with the university, Chief Operating Officer Ken Kaiser wrote in a letter to the Temple community Thursday.

"I came to Temple nearly 40 years ago as a student, and I loved this university so much that I never left," Leone said in the letter. "It is bittersweet for me to leave now, but I know campus safety is in a much stronger position today, and this is the right time for me personally to step aside and enable a new leader to build the department’s strategy for the future."

Kaiser wrote that Leone "dedicated the majority of his professional life to making Temple University a safe and vibrant place to live, learn and work for Temple's students, faculty and staff."

"It goes without saying that we will miss (Leone) immensely," Kaiser wrote.

Deputy Director Denise Wilhelm, a 30-year veteran of Temple's public safety department, will serve as interim director as the university begins a national search to find its next head of public safety.

Over the last several months, there have been several incidents of gun violence in the areas surrounding the university.

In November, 21-year-old Temple senior Samuel Collington was fatally shot after being the target of a carjacking near campus.

Last Friday, Philly police arrested a 15-year-old boy after he allegedly opened fire on four girls inside a car near Temple's campus. Two of the girls were wounded, but they are expected to recover. None of the people involved were students at Temple.

A recent student survey found just 56% of students who live in off-campus housing feel safe in their surroundings.

In response, the has pledged to provide private, off-campus landlords with grants of up to $2,500 for security cameras and lighting.

The university's housing office said it will offer an on-campus residence to any off-campus student who wants to relocate for the remainder of the school year. Additionally, the office will help students who are looking for alternative off-campus housing find a private complex within Temple University Police's jurisdiction.

However, the Temple University Police Association has claimed that the school has not increased the number of dispatchers in the public safety department's communications center and that only two officers have been hired since Wingard pledged in November to increase Temple's campus safety presence by 50%.

Temple is also looking to establish a neighborhood watch program that will regularly patrol areas in and around campus. These public safety ambassadors will be trained in crime prevention to support the efforts of Temple's police department, university officials said.

A group of Temple parents have taken matters into their own hands by hiring a private security firm to patrol near campus and protect their children from violence.