Nikolay Lukyanchikov, of Northampton, shot the greyhound that he had adopted from a Philadelphia rescue organization 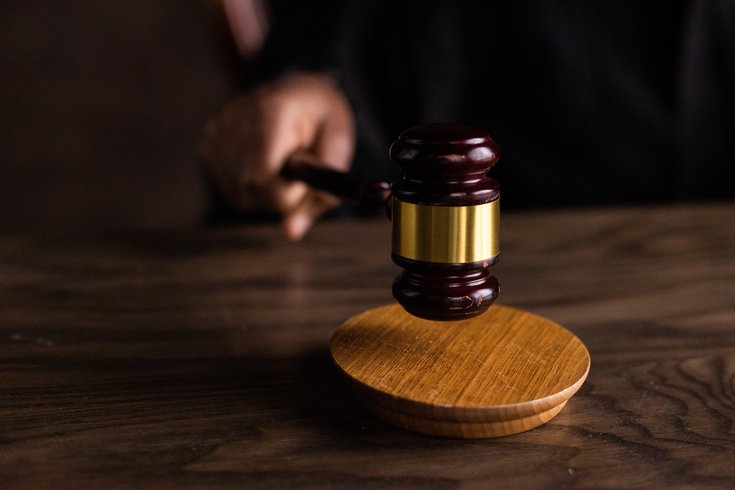 Nikolay Lukyanchikov, 50, of Northampton Township, Bucks County, will spend two to four years behind bars for killing and burning his adopted pet greyhound in April 2021.

A Northampton Township man who killed his pet greyhound last year and set the animal on fire was sentenced Wednesday to spend two to fours years in state prison.

Nikolay Lukyanchikov, 50, entered an open guilty plea to counts of aggravated cruelty to animals, possessing an instrument of crime, cruelty to animals and recklessly endangering another person and receiving stolen property.

Lukyanchikov adopted Bonanza, the eight-year-old greyhound, from the National Greyhound Adoption Program in Philadelphia after the animal was rescued from a Chinese race track in February 2019. The organization had rescued 118 greyhounds from the Macau facility, which was described by animal rights activists as "the worst hellhole for racing greyhounds in the world," Bucks County prosecutors said.

Lukyanchikov had renamed the dog Preacher after his adoption.

Northampton Township police responded to a residence on Holly Knoll Drive on the morning of April 30 last year for a report of a fire pit and a couch on fire in the front yard.

Officers found Lukyanchikov, the property owner, sitting on a bench throwing fake $100 bills into the fire, which he proceeded to stoke with lighter fluid, police said. Investigators also observed what appeared to be a 9-mm handgun on the bench where Lukyanchikov sat. The firearm turned out to be a gun that fired blanks.

Police described Lukyanchikov as "highly intoxicated," and when the fire had been extinguished, officers found the body of an unknown animal that had been charred on top of a small metal charcoal grill.

A necropsy later determined that the animal was Preacher and that the dog had been shot at least once. 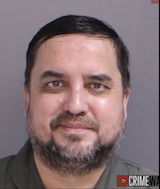 Lukyanchikov's roommate told investigators that she had heard multiple gunshots from Lukyanchikov's bedroom. She checked in the room and found that Preacher had been shot. Police found several shell casings on the floor and multiple firearms in plain view in the bedroom.

A search of the residence revealed bullet holes in the floor of the bedroom and exit holes in the ceiling of the first floor living room. A search warrant resulted in the seizure of a 9-mm Baretta handgun with an extended magazine and five hollow point rounds, police said.

Bucks County deputy district attorney Robert D. James said Lukyanchikov claimed he killed Preacher to put the dog out of its misery, but also admitted he'd had a bad day. The weapon used to kill preacher had been stolen from a friend's widow a week before the shooting incident.

Lukyanchikov previously had been prohibited from owning a firearm due to a prior involuntary commitment in 2011. Since then, he had made unsuccessful attempts to purchase a firearm and had petitioned the state to restore his rights to own one as recently as 2019.

As part of Lukyanchikov's sentencing on Wednesday, Common Pleas Judge Raymond F. McHugh ordered that he never be able to own, possess or care for animals of any kind in the future.