Deer have been jumping to their deaths from Pennsylvania highway overpass

Elk County residents are calling on PennDOT and the Game Commission to address the problem on U.S. Route 219 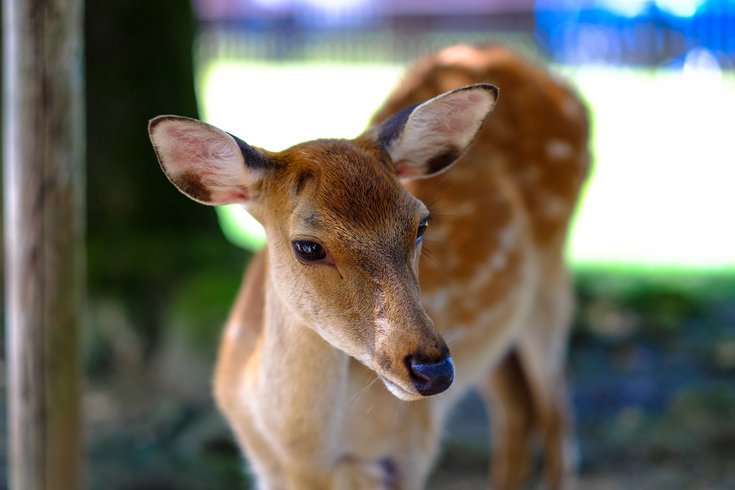 Deer have been jumping from a U.S. Route 219 overpass in Johnsonburg, Pennsylvania and suffering deadly injuries. Residents of the Elk County community are asking state officials to develop a solution.

So many deer have leaped to their deaths from a highway overpass in Johnsonburg in recent months that residents are asking state officials to devise a solution to the unsettling pattern.

At least 25 deer jumped from an overpass on U.S. Route 219 over the winter, resident Bill Boylan told WJAC-TV. The bodies of the dead animals have piled up beneath the overpass in populated residential areas.

"They get frightened out onto the bypass," Boylan said. "They panic, one jumps off, and they all leap off."

Boylan and other residents have contacted the Pennsylvania Game Commission and PennDOT in order to get help with the situation in Elk County. They have voiced concerns that the trend could affect the local deer population because most of the dead animals are does, and that the carcasses will create a stench as warmer weather arrives.

Boylan said the Game Commission has been helpful, but that PennDOT has not taken action on installing a barrier that residents believe could prevent these incidents from occurring.

"PennDOT needs to determine where the deer are coming from before we can formulate a possible solution or improvement," PennDOT district executive Tom Zurat said Wednesday. "How they are ending up on the bridge is really the problem we've got to solve first before we can determine if there's anything we can do.

"The Department understands the concern area residents have regarding the situation and we take those concerns seriously. Over the next couple of weeks, PennDOT will try to get an idea of what is causing the problem."

The Game Commission did not immediately return a request for comment.