Pennsylvanians can begin switching to REAL ID on Saturday; what does that mean? 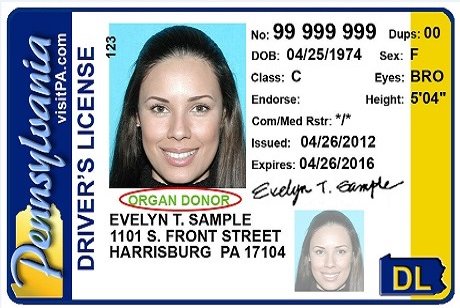 Pennsylvania Department of Transportation /for PhillyVoice

At long last, Pennsylvania will begin the process of transitioning to REAL ID identification cards on Sept. 4.

REAL ID is an updated standard for a driver’s license or identification card, which was put into place in 2005 with the REAL ID Act as a response to 9/11.

The standard addresses, among other things, how states share databases domestically and internationally; what data is included on the card, and the process of encoding that data; and what documents must be present and recorded before a card is issued.

In short, you’re getting a new type of identification card to, in theory, strengthen security.

Pennsylvania actually opposed the REAL ID Act initially, along with 15 other states, and was granted an extension delaying the date by which state residents needed to switch to the REAL ID standard.

By Oct. 1, 2020, Pennsylvanians will need a REAL ID-compliant driver’s license, photo ID card, or other form of acceptable identification to board a domestic commercial flight or enter a federal building.

At this Pennsylvania Department of Transportation webpage, you can begin the REAL ID pre-verification process if you received your first Pennsylvania driver’s license, learner’s permit or photo ID after September 2003.

PennDOT's website says it plans to begin issuing the new form of license in March 2019.

As PennDOT’s website notes, getting a REAL ID is technically optional for Pennsylvania residents. If you have a passport, you will still be able to fly domestically. According to the Meadville Tribune, roughly 25 percent of drivers in states that have already adopted REAL ID standards actually make the switch.