Pa. will be 49th state to open drug monitoring database to doctors, pharmacists 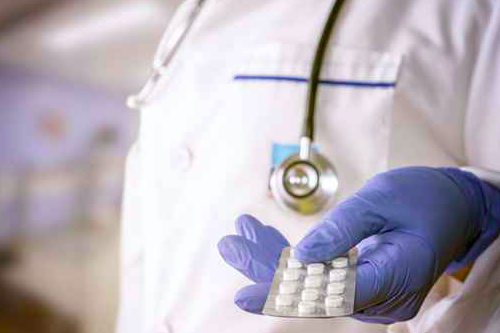 Pennsylvania is one of the last states to launch a prescription drug monitoring program that prescribers can access.

Before moving to Pennsylvania, family doctor Joseph Teel had no issue prescribing painkillers. The Penn Medicine physician lived in a state with a drug monitoring system open to doctors — so if he suspected that one of his patients was abusing medications, he could check an online database and see a record of their pharmacy visits within seconds.

But after leaving Virginia for the Keystone State six years ago, Dr. Teel has written, "I can count on ... one hand the number of times I’ve prescribed chronic pain medications."

With no similar drug monitoring database available to him in Pennsylvania, he doesn't have access to a system that could flag key early warning signs of prescription drug abuse. His patients could be doctor shopping: visiting multiple physicians to get as many prescriptions as possible.

That's why he's relieved that Pennsylvania is going to launch such a database this summer, making it the 49th state to create a prescription drug monitoring system that's accessible to the people who write the prescriptions.

"It will allow the state and the medical community to have a better handle on individuals who may be diverting or misusing these medications, and in the end potentially providing better healthcare to those individuals," Teel said.

"This new approach is taken as a result of legislation that was passed in light of the public health crisis," Pennsylvania's Secretary of Health, Karen Murphy said.

She's speaking, of course, of the heroin and prescription drug epidemic. The state legislature passed a law creating a new drug monitoring system in 2014. That same year, the number of drug overdose deaths in Pennsylvania jumped 12.9 percent and 2,732 people lost their lives.

According to the Pennsylvania State Coroners Association, one-fourth of those drug overdose deaths in Pennsylvania are due to prescription opioids.

"The prescription drug monitoring program will consist of a database that will contain all of the prescriptions ordered by a physician," Murphy said.

Pennsylvania already has a prescription drug monitoring program, but it's run by the Attorney General's Office and only available to law enforcement. The new program, run by the Department of Health, will now be open to doctors and pharmacists as well.

The program will initially monitor prescriptions only in Pennsylvania, but the Department of Health plans to update it at some point to work across state lines. The department will also take into account to recommendations from an advisory committee made of doctors and people recovering from addiction.

Plus, it will expand monitoring and reporting requirements to all legal controlled substances. The current system only monitors Schedule II drugs, which are the medications deemed most susceptible to abuse.

The name of the program is ABC-MAP: Achieving Better Care By Monitoring All Prescriptions. The state got funding for the new program in late 2015, found a vendor to create the software in February and named Meghna Patel as director of the program in mid-March.

Teel said he's looking forward to using ABC-MAP, but "it is not the only answer" to combating the opioid crisis. Spotting that a patient has a drug problem may not do much if the patient does not want help.

"Having a trusted relationship with an individual patient gives you a lot of traction to positively engage in these difficult subjects," he said.