Tickets for the event at Distrito at 3495 Chestnut St., one of the chef's six restaurants in Philly, can be purchased for $80 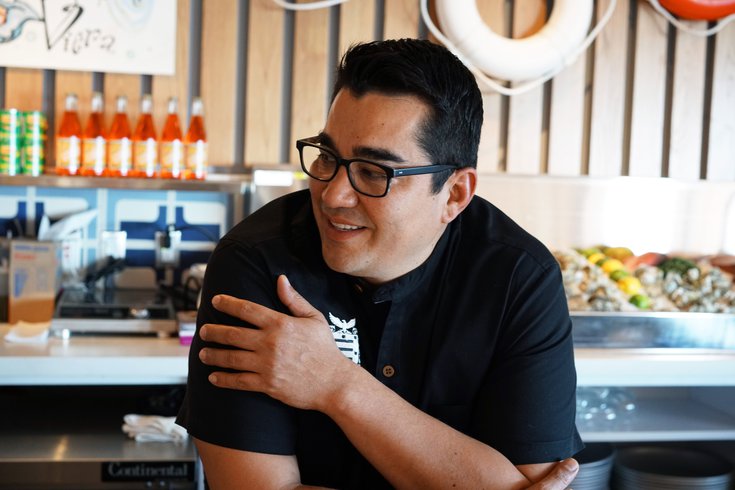 A reality TV chef who runs several Mexican, Spanish and American restaurants in Philly and beyond will try out his Peruvian ghost kitchen concept as a traditional sit-down dinner at one of his brick-and-mortar locations next week.

Chef Jose Garces, the winner of the second season Food Network's "The Next Iron Chef" in 2009 whose parents hail from nearby Ecuador, runs six restaurants in Philly including Amada, a tapas spot in Old City, and Buena Onda, a fish taco destination in Fairmount.

But Rustika, his Peruvian chicken concept, is currently only available for take-out and delivery. Now, Garces is testing out ways to bring the menu to a more traditional sit-down format.

Next week's pop-up will happen at Garces' Mexican restaurant Distrito Taqueria at 3495 Chestnut St. in University City on Wednesday, April 27 from 6 to 9 p.m.

Tickets cost $80 and will include appetizers, a main course, a dessert and one alcoholic beverage.

After diners decide between a Pacifico lager, a glass of wine or a margarita, they will start the night with yucca cheese bread, avocado salad and chicken empanadas.

Then they will have Rustika's signature rotisserie chicken – which takes a full 72 hours to brine, marinate, dry out and roast – with a side of roasted potatoes and grilled asparagus.

"Pollo a la brasa," as the chicken is known in Peru, can be traced back to Roger Schuler, a Swiss man who owned a chicken farm near Lima in the 1950s. He created the earliest recipe and pioneered the spit-roasting technique with the help of a friend.

For dessert, diners will choose between a tres leches cake or caramel-stuffed churros.

Garces is the mind behind the Garces Group, a culinary company that runs a number of ghost kitchens across the nation in addition to the chef's brick-and-mortar restaurants in the Philly area.

In the wake of the pandemic, the company started Rustika in early 2021 along with Livy's Plant Based Food, which has a completely vegan menu.

Since then, the firm has also opened a Buena Onda ghost kitchen in Washington D.C. They plan to open more ghost kitchens in markets like Florida, New York and Massachusetts.