The waterfront restaurant and bar is serving up cocktails and small plates starting on Thursday, April 21 at 4 p.m. 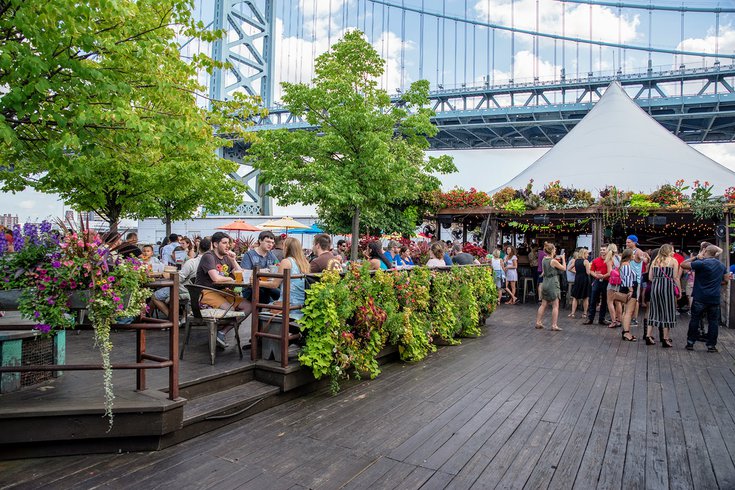 Morgan's Pier returns for the season on April 21, with new and familiar food and drink options.

One of Philadelphia's most popular attractions along the Delaware River waterfront is finally back for the spring and summer seasons.

Morgan's Pier will open on Thursday, April 21 at 4 p.m. with new menu options, live music starting on Wednesdays and other events. The sprawling, 250-seat outdoor restaurant at 221 N. Christopher Columbus Blvd. is open daily and accepts both dine-in reservations and walk-ins.

RELATED: The Garden at Cherry Street Pier to open for the season this weekend

"My favorite day at Morgan's Pier is Sunday," said Dana Canalichio, director of operations and development for FCM Hospitality. "Nothing says a perfect summer day to me like the chill vibe of live music by local performers and relaxing on the water with a blueberry lemonade in hand after a crazy weekend." 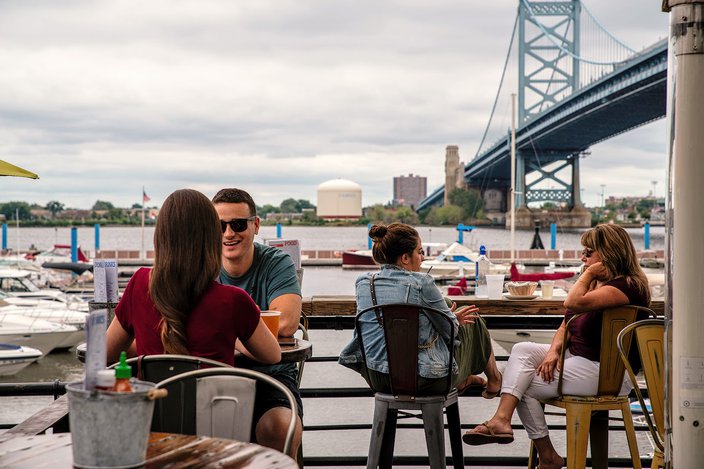 Morgan's Pier returns to the Delaware River waterfront for the summer season beginning on Thursday, April 21 at 4 p.m.

The bar's drink options include locally made beers, like Poplar Pils, Bowline and Pier Beer — an exclusive IPA from Mainstay Independent Brewing in Northern Liberties. Some favorite cocktails from last season, including the Sea Isle Iced Tea, are making a return along with a line of new drinks. 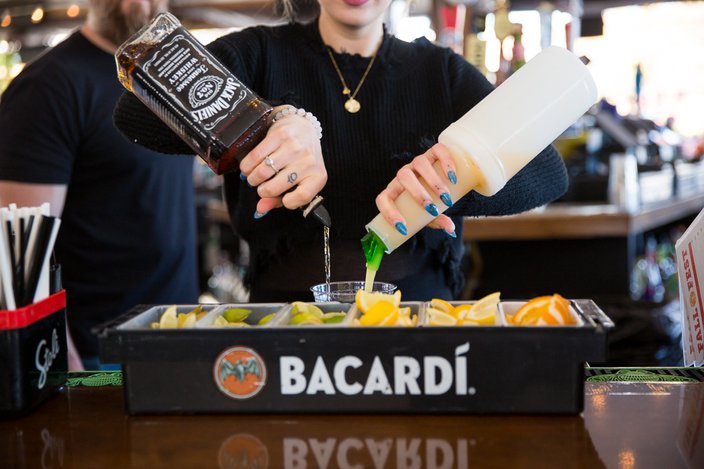 Each weekend until 2 a.m., head down to Morgan's Pier for DJ sets, an extensive cocktail menu, and small bites.

The menu at Morgan's Pier offers seafood, small plates, sandwiches and flatbreads. Among the new additions is the Epic Burger, which is made with caramelized onion, honey black pepper bacon and truffle mornay for $15.

The full food menu is available on the bar's website. Dessert choices include a rotating menu of ice cream flavors and bananas foster cheesecake, each for $6.

To open the season, Morgan's Pier is hosting a full-lineup of DJs playing all weekend. Each night, two DJs are performing a set from 5 to 9 p.m. Additional sets will be played on Thursday from 9 p.m. to midnight, Friday and Saturday from 10 p.m. to 2 a.m. and Sunday from 3 to 7 p.m. 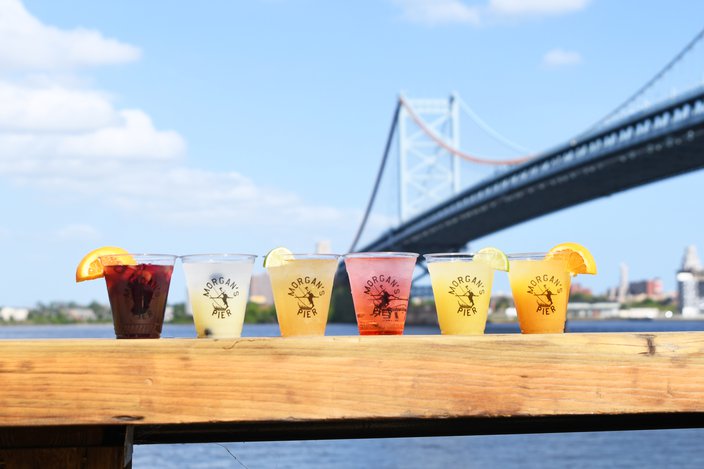 The 250-seat outdoor bar at Morgan's Pier is one of the most popular seasonal attractions in Philadelphia.

On Wednesday evenings, the bar is hosting Latin nights with Siempre Salsa Philly. An $8 cover charge begins at 8 p.m. Acoustic performers will play on Thursdays, including New Pony, The Business, Jamison and Cherry Crush. An $8 cover is required after 9 p.m.

One Monday each month, Morgan's Pier is teaming up with the Pennsylvania SPCA for "Yappy Hour," from 4 to 8 p.m. Proceeds will go to benefit the animal rescue organization.

The Metropolitan Area Neighborhood Nutrition Alliance is hosting an in-person "Guac Off" on May 26 to support the nonprofit. MANNA provides meals to those with serious illnesses throughout Philadelphia and South Jersey.

Reservations for Morgan's Pier can be made up to 30 days in advance. Starting hours for walk-ins and bar seating are below.