Most Bucks, Montco residents involved in CDC study have moderate to high levels of 'forever chemicals' 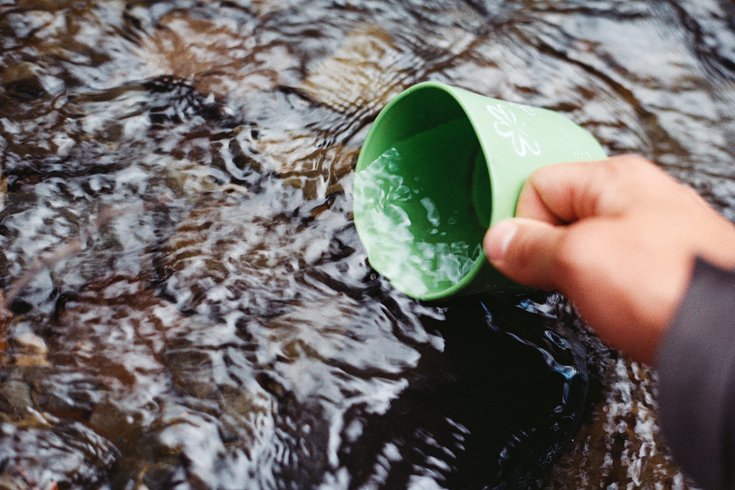 Pennsylvania and New Jersey are among seven states participating in a CDC study examining the relationship between PFAS and negative health outcomes. Exposure to the so-called forever chemicals, which have been linked to higher cholesterol levels and increased risk of some cancers, most commonly comes in the form of contaminated drinking water.

A study on PFAS exposure in Bucks and Montgomery counties is underway — and early tests have already flagged high levels of "forever chemicals" in some residents' bloodstreams.

The research is part of a larger, national investigation by the Centers for Disease Control and Prevention into the relationship between PFAS exposure and adverse health outcomes. PFAS, short for per- and polyfluoroalkyl substances, have gained attention in recent years for their link to several health problems, including higher cholesterol levels and increased risk of kidney and testicular cancer.

Though the study is still recruiting adults and children, roughly half of the currently enrolled participants already have received their results. That pool includes 573 adults and 25 children, and researchers are seeing a noticeable trend.

"Almost everybody is in either the moderate or high level," said Linda Brown, senior research epidemiologist at RTI International and a lead investigator on the study.

Some results have been high enough to prompt recommendations for regular kidney cancer and ulcerative colitis screenings, WHYY reported. Others were even more concerning. According to The Bucks County Courier Times, one man enrolled in the study had PFAS levels 19 times higher than the "high" threshold of 20 nanograms per milliliter. His levels measured a staggering 381 ng/mL, the highest in the study, Brown said.

PFAS are commonly used in nonstick cookware, waterproof clothing and food packaging, but when scientists talk about concerning PFAS exposures, they're usually referring to drinking water. Pollution from certain factories or testing sites that use the chemicals can contaminate the nearby groundwater for multiple towns. Firefighting foam, a substance that often contains PFAS and is used to stamp out flames, is a common culprit. Companies like DuPont and 3M have faced legal action for manufacturing the foam, as have military bases that use it.

Pennsylvania was one of seven states selected for the CDC study, along with Colorado, Michigan, New Jersey, New York, Massachusetts and California. Researchers focused on areas where the potential for PFAS exposure was high, targeting townships near military bases or chemical companies with known exposures. Bucks County, for instance, is home to the former Naval Air Warfare Center, an 824-acre research and testing facility that drew EPA scrutiny as early as 1989 for groundwater contamination. The New Jersey study, meanwhile, is focused on Paulsboro in Gloucester County, where contamination from a nearby Solvay Specialty Polymers plant was discovered in 2013.

Researchers have had enormous success enrolling adults in Bucks and Montgomery counties — so much so that they expanded their original goal of 1,000 adult subjects to 1,500 and extended their recruitment period through May. Children have been trickier. So far, the study only has completed phone screenings and blood work on 72 kids, far short of the 300 goal. Despite postings on school electronic bulletin boards and recruitment at baseball games, the team has struggled to reach parents.

"It's definitely lagging," Brown said. "It's really hard, I think, to get those young families in. From the people I've talked to, it's a lot of older adults, and then some younger, but not a lot at the age that has children. Maybe because they have so many things going on in their life."

Part of the reason the study is eager to enroll more children is to screen for possible neurological impacts. One extra step Brown and her team have taken with kids, after drawing blood samples, is neurocognitive testing to track for signs of ADHD or conditions that could explain behavioral issues.

"It's really important because children are not little adults," Brown said. "There's very, very little information on children. ... It's just a lot of unknown that we'd like to know more about. And if we don't get enough children into the study, we still won't know about it."

People who are interested in participating in the study can call the hotline at (877) 267-2890 or visit the website for more information. Researchers are recruiting any adults over the age of 18 or children ages 5-17 who lived in the following townships between 2005 and 2017: