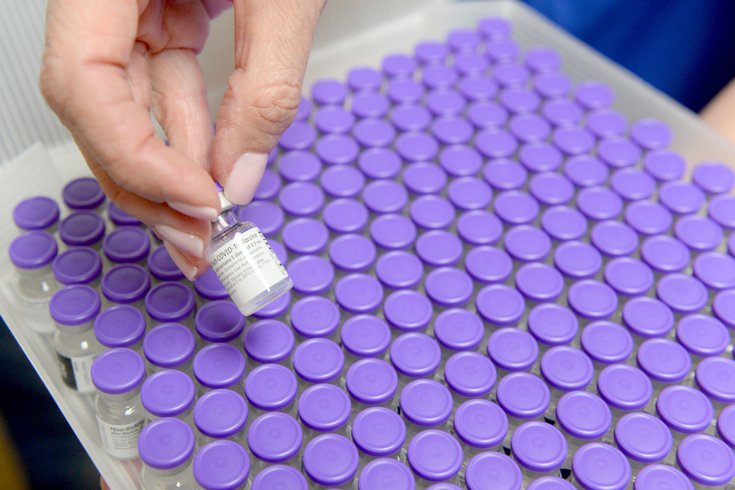 A lab study found the Pfizer-BioNTech vaccine to be effective against coronavirus variants found in the United Kingdom, Brazil and South Africa.

The COVID-19 vaccine developed by Pfizer and BioNTech can "efficiently" neutralize a coronavirus variant believed to be causing reinfections in Brazil, new laboratory data suggests.

The vaccine also was found to be highly effective against the B.1.1.7 variant, first detected in the United Kingdom. It offered a "robust" protection against the B.1.351 variant, which has spread rapidly in South Africa, but it wasn't as strong of a neutralizing effect. That data confirmed previous findings.

All three variants share mutations that make them more transmissible.

In a letter published in The New England Journal of Medicine, the researchers said their laboratory findings will need to be validated by real-world evidence from the regions where these variants are circulating. The study was conducted by the University of Texas Medical Branch and scientists from Pfizer and BioNTech.

The P.1 variant has raised concerns about the effectiveness of vaccines, because it appears capable of reinfecting people who have already had COVID-19.

In January, it became the predominant variant in Manaus, a Brazilian city hit so hard last spring that some scientists speculated it had gained herd immunity.

Scientists suspect the true numbers are higher. Identifying variants requires positive test samples to be gene-sequenced, a process that is only carried out on a portion of positive samples.

For the study, the researchers engineered earlier versions of the coronavirus to carry the same mutations found in the B.1.1.7, B.1.351 and P.1 variants.

They then tested these versions of the virus against blood samples taken from people who had received both doses of the Pfizer vaccine. The samples were collected from more than a dozen study participants two to four weeks after they received their final dose.

Pfizer is examining whether a third booster shot could offer stronger protection against the variants.