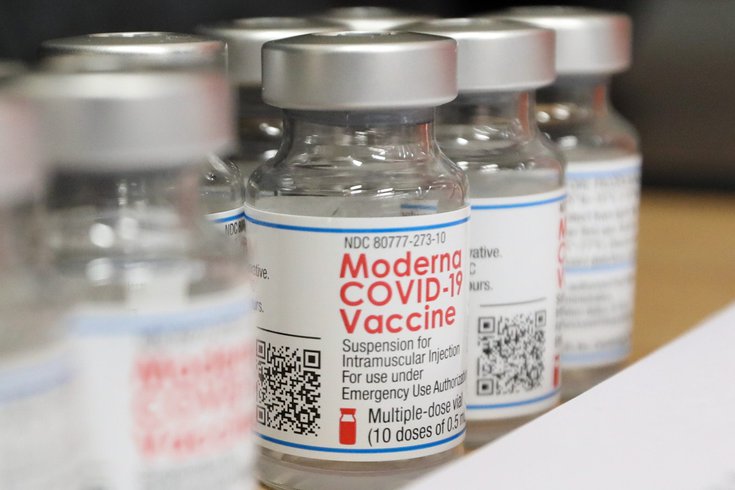 Bucks, Montgomery, Chester and Delaware Counties are experiencing long waiting lists for COVID-19 vaccines and cancellations of second-dose appointments due to a supply shortfall, officials say.

Public officials from the Philadelphia suburbs are demanding the Pennsylvania Department of Health explain why their counties reportedly have received fewer COVID-19 vaccines per capita than counties with much smaller populations.

But state officials say those reports misconstrue an equitable distribution.

Officials from the four collar counties — Bucks, Chester, Delaware and Montgomery — held a Zoom meeting Sunday with state officials in hopes of redressing their concerns. They left unsatisfied.

The counties issued a joint statement Monday declaring their "disappointment" and "frustration" with the state's response to their inquiries.

Their concerns were sparked by a analysis published last month by the Philadelphia Inquirer. The newspaper found Delaware County had received 9,113 doses per 100,000 residents — a rate that ranked 53rd among 66 counties. The three other counties didn't fare much better.

All four counties rank among the six most-populated in the state. Montour, Elk and Mifflin counties had received the most doses per 100,000 residents despite being among the least populated counties in Pennsylvania.

The analysis excluded Philadelphia, which receives its allocations directly from the federal government.

Collar county officials said the smaller-than-expected allocations have led to long waiting lists and cancellations of second-dose appointments scheduled weeks ago. They said they did not gain any clarity on these disparities during their meeting.

"There remains a lack of transparency on the total doses that have come to our counties from every source, therefore, we have no way to assess how the data presented to us today was calculated, and how those calculations have been used to determine the number of doses that have been allocated to our four counties," their statement said. "Additionally, we were not given any indication of the plan to make up acknowledged shortfalls to certain counties going forward."

They called on acting Health Secretary Alison Beam to do the following:

• Create a publicly available chart that breaks down the number of doses each Pennsylvania county receives each month from all sources, including the federal government
• Provide a description of the county index the health department uses to allocate doses to each county
• Explain how — and when — counties that have had vaccine shortages can expect additional doses to make up for the shortfalls

In the meeting, Beam confirmed that no county would move onto Phase 1B until the other counties have received enough doses to complete Phase 1A — another demand made by the suburban counties. There is one exception: Teachers and school support staffers who are receiving the Johnson & Johnson vaccine directly from the state.

In response to the demands, Barry Ciccocioppo, communications director of the Department of Health, told PhillyVoice that the focus should be on the number of people receiving vaccinations — not where the vaccine is being shipped in the state.

"If the goal of the process is to get residents vaccinated, then the percentage of county residents who have received at least one dose is more representative of how well a county is doing in this process," he said in an email.

By that metric, the collar counties are, at worst, on par with the rest of the state.

At least 15% of Chester County's population has received its first dose — a mark that is dead even with the statewide figure, according to state officials. Bucks, Delaware and Montgomery counties have given at least one dose to 16% to 20% of their populations.

Ciccocioppo said the Department of Health has been transparent about its vaccine distributions, but said "some have used that data, which does not provide the full story, to create a skewed picture."

Weekly spreadsheets detailing vaccine allocations do not account for large health systems that have their vaccines shipped to one location and redistributed to facilities in other counties. He pointed to Geisinger Health System in Montour County.

"Counties on the receiving end of those redistributions, such as Westmoreland County, may appear under allocated as some of the vaccine supply for their residents comes from the counties with the redistributing health systems," he said.

Other factors impacted allocations in the earliest weeks of vaccine distribution, Ciccocioppo said. At the beginning of the rollout, the state mostly was receiving Pfizer vaccines, which only could be handled by certain locations due to cold-storage requirements.

Additionally, Ciccocioppo said every county is requesting far more vaccines than they are receiving. This week, Pennsylvania counties have requested 424,570 first doses — more than double the state's allotment of 253,970 first doses.