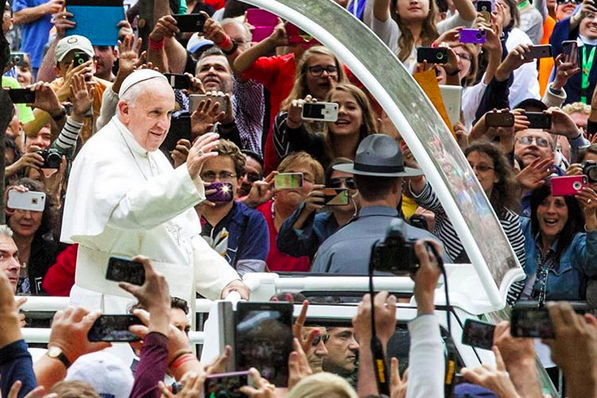 A kiss from Pope Francis during his September visit to Philadelphia appears to be working its magic on a 1-year-old baby suffering from a rare, inoperable brain tumor.

Gianna Masciantonio joined her family for the papal parade in front of Independence Hall, where a friend from the FBI arranged for a special kiss, according to CBS 3.

Gianna's parents, Joey and Kristen, of Warrington, now say that the pope's act of divine intervention has had a miracle effect on their daughter.

Comparing brain scans from August and November, the later MRI shows almost no evidence of the tumor that formed after her blood cells attacked her brain stem weeks after she was born.

The Masciantonio family, connecting dots, says that the turn of events is due to a series of religious connections. Domenico Giani, the bodyguard who lifted Gianna for the kiss, shares a name with Gianna's older brother. Gianna was also named after the modern-day St. Gianna, whose daughter was in Philadelphia and met young Gianna during the papal visit.

Regardless of what changed Gianna's prognosis, the Masciantonio family is optimistic about Gianna's future and looks forward to the day they can tell the story of Pope Francis' live-changing kiss in Philadelphia.