The three-bill agenda would protect the privacy of anyone seeking or providing procedures in the city; it faces a final vote in City Council on Dec. 1 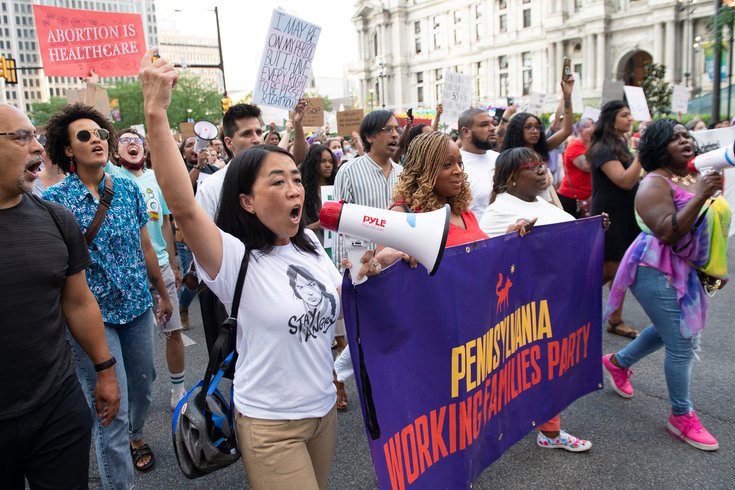 A three-bill package of abortion protection legislation presented before the City Council in September was approved by the Committee of Public Health and Human Services on Thursday. On Dec. 1, City Council members will vote to approve the legislation for final passage.

A three-bill package of abortion protections legislation is one step closer to being passed in Philadelphia.

The bills were introduced by Councilmembers Helen Gym, Jamie Gauthier and Kendra Brooks in September after the Supreme Court decision to reverse Roe vs. Wade in June. The package was co-sponsored by each woman on City Council.

Under the legislation, the lawmakers aim to expand protections and privacy for people looking to get abortions in Philadelphia. It seeks to protect both patients and health care providers administering procedures. It would also protect people from litigation and harassment by limiting the information that health care providers can share, and enacting the right to countersue anyone who includes them in a lawsuit related to reproductive health decisions.

Brooks, Gym and Gauthier each introduced their bills in the package.

Gym's bill bans individuals from disclosing health care information when it is known to be used for a lawsuit or harassment.

Gauthier's bill focuses on the use of "vigilante" lawsuits. Under the legislation, Philadelphia patients would be protected from litigation by residents in states where abortion is illegal. The bill grants the right to counter-sue.

Through a spokesperson, Gym said these bills were a message to anyone looking to criminalize women for making health care decisions. She added that she and her colleagues in local government would continue to do what they could to protect these freedoms.

"As a city, we have a responsibility to our residents to protect them to the extent possible against these risks and to guard the privacy of their medical decisions," Health Commissioner Cheryl Bettigole said in an email. "I am grateful to the members of City Council who have taken action to shore up these protections here in Philadelphia. In addition to the protections they offer, these bills make a clear statement to the residents of our city that we value their privacy and right to make decisions about their health in consultation with their health care providers and without interference."

Following the reversal of the landmark 1973 Roe v. Wade ruling, which established the right to an abortion through the 14th Amendment's right to privacy, abortion is now illegal in 13 states, and severely restricted in several more. In Pennsylvania, abortion remains legal through 24 weeks of pregnancy.

"This package of reproductive rights bills moves the City closer to ensuring the protection and empowerment of Philadelphians seeking reproductive care," Samia Bristow of the Maternity Cares Coalition said in a press release. "It honors the expertise that every parent has in their own experience, and their right to set goals for themselves and their families and seek success through their definitions and methods, free from value judgements and expectations established in systemically inequitable institutions."

After the Supreme Court ruled to overturn Roe v. Wade, Philadelphia sent emergency funding to the Abortion Liberation Fund of PA. The $500,000 was earmarked to assist people across the Commonwealth seeking abortions.

The next step is the Dec. 1 vote for the final passage of the three-bill package. Then, if it receives a majority vote by City Council, it will be sent to Mayor Jim Kenney to be signed into law. Similar action was taken in Pittsburgh and New York City earlier this year.