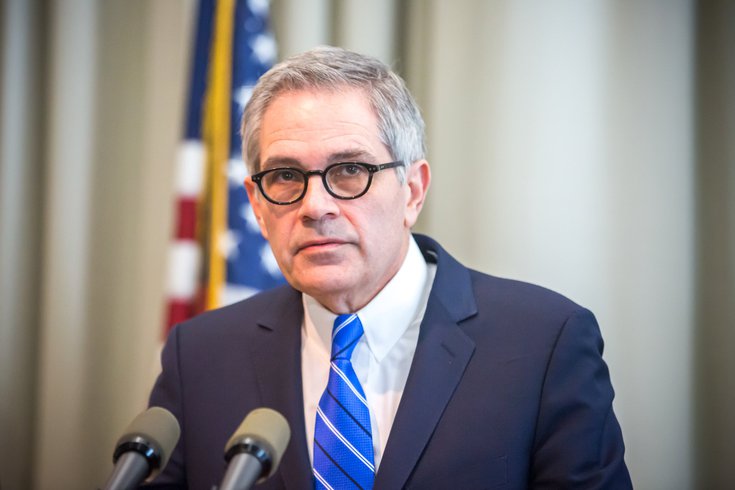 Lightsey, an assistant district attorney, will replace Anthony Voci, a veteran prosecutor who has been accused of abusing his power to penalize a woman who ran him off the road.

But the move also comes with Philadelphia projected to record its highest annual murder rate in nearly three decades. There have been 435 reported homicides, the most since 1993.

Billy Penn broke the news of Voci's demotion before the District Attorney's Office formally announced Lightsey as the interim supervisor of its Homicide and Non-Fatal Shooting Unit.

A press release issued by the D.A.'s Office cast the change as a standard one, saying supervisors are always promoted on an interim basis "to ensure senior prosecutors remain close to the work and lives of the attorneys they supervise."

The release added that the office "intends to cycle highly capable and experienced attorneys in and out of supervisory positions."

Lightsey has worked as a prosecutor for more than 12 years. She is a graduate of Temple University's Beasley School of Law. Krasner praised her as a prosecutor with a "thoughtful compassion" for the community.

Voci has spent 15 years working for the D.A.'s Office, though they have not been sequential. He has worked under Krasner and former district attorneys Ron Castille and Lynne Abraham.

But his actions have fallen under recent scrutiny.

In September, Voci filed a complaint against a woman whom he claimed tried to run him off the road while he was riding his motorcycle. No one was harmed. The woman, Khasandra Franklin, faced multiple criminal charges, spent a night in jail and had her car towed.

Franklin later told the Inquirer that Voci called her and her companion "Black bitches." Voci, who is white, has denied these allegations.