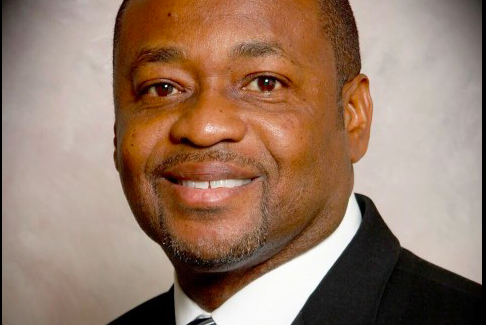 After 12 years of service with the city, Philadelphia's behavioral health commissioner will be moving on to a new role atop a national organization.

Arthur C. Evans, Jr., a Ph.D. in clinical and community psychology, submitted his resignation to the city of Philadelphia on Wednesday in order to take over as CEO of the American Psychological Association, the nation's largest scientific and professional organization representing psychology.

“I am honored to be selected as APA’s next CEO,” Evans said. “The American Psychological Association has a long, distinguished history of developing the best psychological science and applying it to benefit society and improve people’s lives. I hope to bring to this position not only a passion for psychology, but the leadership experience to help move the association — and the discipline — into the next era of excellence and contribution to our society.”

Philadelphia Mayor Jim Kenney issued a statement on Evans' resignation and announced the appointment of David T. Jones, currently the deputy of administration and finance for the Department of Behavioral Health and Intellectual disAbility Services, to fill the position.

“Arthur Evans did a great job over his twelve years as the leader of DBHIDS," Kenny said. "He spearheaded a system-wide transformation of the Department, de-stigmatizing mental health issues and making its services more accessible for our most vulnerable citizens. I wish him the best. I am confident that David T. Jones will provide continuity and leadership given his background and expertise during this transition.”

His primary legacy in Philadelphia will be his realignment of the $1.2 billion DBHIDS into an agency whose treatment philosophy, fiscal policies and service delivery models all reflect a public health framework.

“My work with the department has been enormously fulfilling," Evans said. "Having worked under three mayors, I’m proud to have seen our system transform to a place where self-determination is now the expectation for people with intellectual disabilities, and recovery and resilience are the expectations for adults and children experiencing behavioral health challenges."

As head of the APA, Evans will lead an organization comprised of more than 117,500 researchers, educators, clinicians, consultants and students.

“Dr. Evans will take the helm of the American Psychological Association at a critical juncture, as we mark APA’s 125-year anniversary,” said APA President Antonio E. Puente, PhD. “He is a trailblazer who has relied on the strength of his background in both research and clinical practice to create transformational change in each of the mental health systems he has led. We look forward to Dr. Evans’ vision and inspirational leadership skills to promote the association as the pre-eminent organization advancing psychological science, education and practice in the public interest, and supporting psychologists in the United States and beyond.”