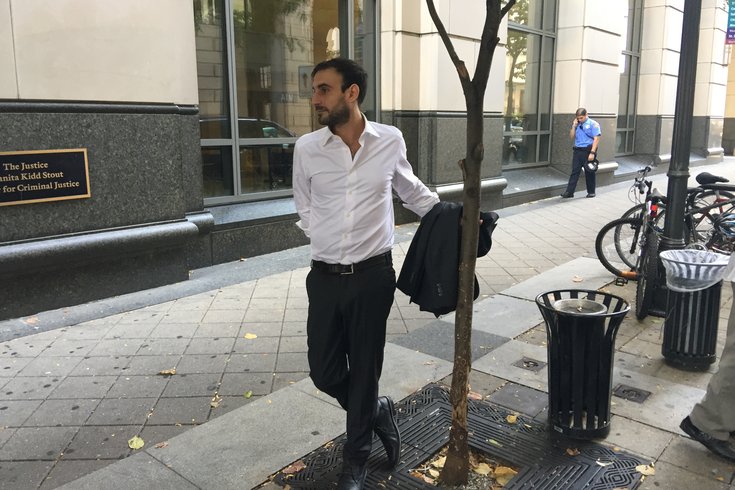 Richard Tamaccio, seen here after a previous hearing on charges stemming from an April 2017 'Smoke Session' marijuana party in Frankford, was sentenced to probation on April 4, 2018.

Even though things could have gone considerably worse, Richard Tamaccio – aka N.A. Poe – wasn’t exactly happy when he walked out of a Philadelphia courtroom early Wednesday afternoon.

He had just appeared before a judge just two weeks short of the one-year anniversary of the high-profile raid on a Philly Smoke Session event that Tamaccio helped organize in an East Frankford warehouse.

Promoted widely via social media, the party brought marijuana smokers, sellers and activists together. Among those who bought tickets were undercover Philadelphia police officers who went inside, took a look around and sparked a raid that resulted in the arrests of 22 people, including Tamacccio.

Early on, the charges leveled against him could’ve landed him behind bars for years upon years. Months of hearing and negotiations between the sides saw resulted in a Risking a Catastrophe charge being dropped and a guilty plea to possession of marijuana with intent to distribute.

On that remaining charge – which stemmed from marijuana found in Tamaccio’s South Philadelphia home and not at the event – Common Pleas Judge Scott DiClaudio sentenced Tamaccio to four years of probation, a $2,500 fine and 100 hours of community service to be served in four-hour intervals over the course of every other upcoming weekend.

Tamaccio didn’t much appreciate being saddled with a felony on his record at a time when the commonwealth moves into the realm of medical-marijuana oversight. That the 38-year-old has a medical-marijuana card is the reason why he’ll be able to partake while on probation.

“They had to drive through an opioid-infested wasteland to bust a room full of pot smokers,” he told reporters outside Courtroom 905, adding, “Thank God there’s a new administration with (District Attorney) Larry Krasner who’s not focusing on these kind of cases anymore.”

Noting that the event itself doubled as a chance to collect socks and warm clothes for the homeless, he added of the sentence: “I live a life of service, so I’m not too worried about (the 100 hours).”

Assistant District Attorney Ryan Slaven, who noted a federal charge filed against Tamaccio for smoking marijuana at Independence Mall didn’t get picked up in the pre-sentencing report, was content with DiClaudio’s sentence.

“They busted a room full of people smoking plants. It gets more absurd as time goes on." –Richard Tamaccio

It wasn’t expected early on by anyone involved in the case, though, least of all by Tamaccio defense attorney Chuck Peruto.

“It’s a relief,” he said, noting that even the amount of the fine speaks to his defense that his client wasn’t some sort of drug-trafficking menace. “The fine could have been up to $100,000. I’m tickled pink. … To get it down to four years (probation) and he can smoke it all he wants, it’s not a bad sentence.”

For his part, DiClaudio made it clear that he’d knock up to a year-and-a-half off the probationary sentence if the defendant lives up to his terms of the deal.

Before sentencing, Peruto made his pitch for a one-year probationary sentence, saying “there’s one word that describes my client: He’s got guts.” 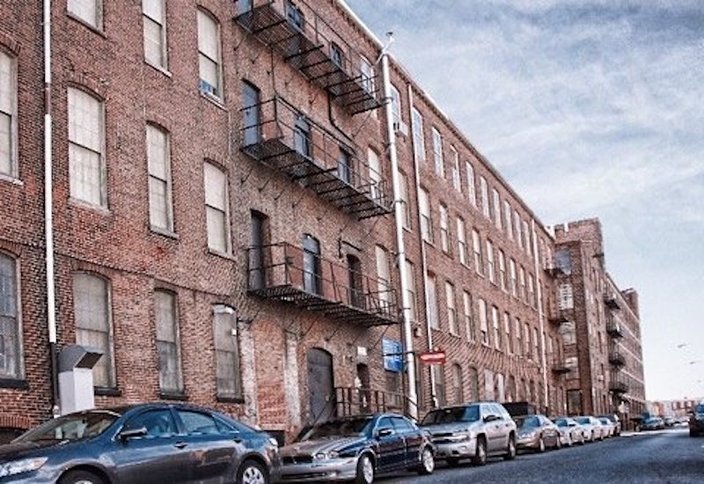 Courtesy of The Loom/for PhillyVoice

The owner of the building where police raided a marijuana 'smoke-easy' party questions whether L&I should have issued a 'cease operations order' that prevents all tenants from entering the building.

He based that, in part, on the fact that an undercover officer appearently told Tamaccio he “was a narc, and he still showed him around” the party. To that, DiClaudio offered the words “foolish,” “arrogant” and “stupid” as descriptors.

“He’s not thrilled about being a convicted felon,” Peruto said.

DiClaudio then noted that his role in the process is to enforce the laws of the commonwealth and “the legislature tells me that it’s still illegal to sell (marijuana) even if (the commonwealth) does.” He drew an analogy to Pennsylvania running a lottery despite the illegality of being a bookie.

After the sentence was announced, Tamaccio returned to his role as a high-profile Philadelphia marijuana activist. He spoke about the benefits of the city and the nation as a whole taking a “tax-and-regulate” approach to marijuana sales.

“In three to five years, these cases aren’t even going to be cases,” he said. “Unfortunately, I’ll be saddled with felonies as Pennsylvania, which is moving at a snail’s pace, catches up.

“They busted a room full of people smoking plants. It gets more absurd as time goes on. … Thank God they didn’t take away my unalienable right to smoke cannabis.”