Some Philadelphia police roles now can be given to civilian workers

Under a new deal with the FOP, the city can hire trained civilians to handle traffic enforcement, abandoned car removal and evidence examination 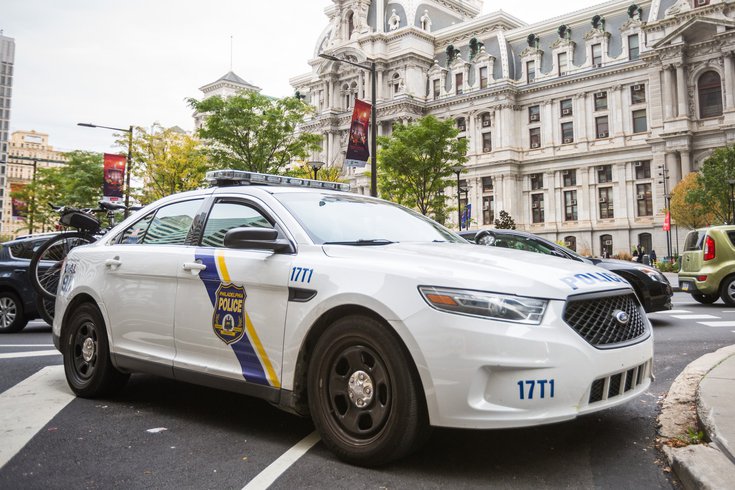 Civilians now can work in some roles traditionally filled by the Philadelphia Police Department under a new arbitration deal between the city and police union.

The move is intended to free police officers up to focus on "critical" areas of law enforcement by delegating roles in traffic regulation, abandoned car removal, evidence examination and other areas to appropriately trained civilians, city officials said Tuesday. The arbitration negotiations, which began last September, focused on the potential "civilianization" of the police department to meet growing concerns over crime.

"By transitioning select roles from an officer to a civilian, not only does the city realize a cost-savings benefit, but it also allows officers to be reassigned to roles within the department where their skills, experience and law enforcement powers can be more effectively utilized," Police Commissioner Danielle Outlaw said. "Plainly put, civilianization puts more 'boots on the ground,' which is exactly what this department needs in order to better serve our communities."

Under the terms of the arbitration deal, the city may send so-called public safety enforcement officers, also known as PSEOs, to direct traffic during peak hours or following accidents in select areas — namely, the Center City District and five specially designated "high injury network streets." Civilians also may assist in abandoned vehicle removal to reduce backlog. Neither role requires membership in the Fraternal Order of the Police Lodge 5, the union representing Philadelphia cops.

Additional positions are available to city employees regardless of FOP membership, though depending on the role, a police officer may have to leave the job before a civilian can take up responsibilities. Those positions include crime scene unit investigators, document and digital evidence examiners and firearms examiners, as well as some graphic and audio-visual work. Body camera technician and mail delivery duties may be assigned "without limitation," meaning officers currently in those roles may be reassigned to slot a civilian into the position.

The arbitration deal also includes hiring and retention bonuses for cops to boost recruitment efforts, as well as a required $1.5 million donation from the city to the FOP legal defense fund. Its terms last through June 30, 2024.

For some, the civilianization of the Philly police is long overdue. City Council President Darrell L. Clarke, who called the deal a "win for public safety" has been pushing for civilian traffic enforcement to ease jams in Center City since 2018, when he proposed a "new class" of civilian officer to direct vehicles. The police, specifically the FOP, opposed the idea at the time, but voters approved the amendment to the city charter in 2019. That amendment created the PSEO designation.

Philadelphia has lagged behind other cities in adopting greater civilian presence in its police force. A University of Pennsylvania report obtained by the Inquirer last month found that only 11% of the PPD was currently comprised of civilians — a low number compared to other police departments in U.S. cities, where 25% of the force may be non-police. The report suggested almost 900 jobs in the Philadelphia police could be performed by civilians.

The FOP did not immediately respond to a request for comment on the arbitration deal.