The initiative will begin this Sunday and last for three months in neighborhoods such as Germantown, Mt. Airy and Chestnut Hill 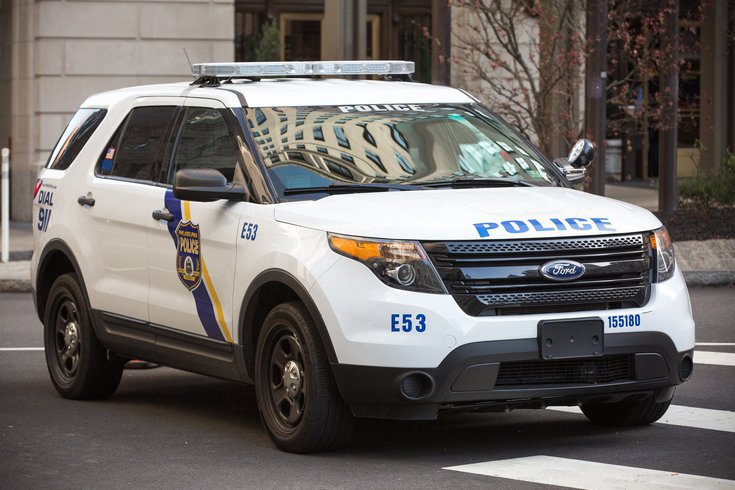 Police officers in Northwest Philly will be tasked with simply asking people who are engaging in minor offenses to stop what they are doing and walk away.

Police in a number of neighborhoods across Northwest Philadelphia will be among the first to take part in a three-month initiative aimed at assessing new approaches to stop-and-frisk that advocates hope will eventually be implemented citywide.

A new pilot program exploring alternatives to stop-and-frisk tactics will be rolled out in the 14th Police District starting this Sunday. The 14th district consists of most of Germantown, Mt. Airy and Chestnut Hill.

Police officers will be tasked with simply asking people who are engaging in minor offenses to stop what they are doing and walk away. Law enforcement will not be permitted to take down a person's name, ask for someone's identification or touch a person in any way. Only if someone refuses to comply will police be permitted to stop and frisk them.

Among the minor offenses covered by the program are the following:

Police will also be required to record all such encounters with their body-worn cameras and notify police radio.

Advocates are hopeful that this pilot program will help reduce racial disparities and change how police interact with people who are committing minor offenses.

"This pilot program will deescalate police encounters, particularly with Black men, that far too often turn dangerous or deadly," the ACLU of Pennsylvania's Executive Director Reggie Shuford said. "We need to reimagine how police interact with our communities, and we hope this is a meaningful step in that direction."

A federal judge will then decide after three months if the pilot program should expand to other parts of Philly after analyzing data presented by the city and the ACLU.

"This program will show that it is possible to protect a community without escalating small police contacts. We look forward to seeing it spread throughout the city," the ACLU of Pennsylvania's Deputy Legal Director Mary Catherine Roper said.

A Philadelphia police spokesperson told WHYY that the pilot program is a "balanced approach that still allows the PPD to address community complaints while striving to reduce or eliminate the racial disparity that has been associated with this type of enforcement."

A federal judge approved the implementation of the pilot program last month. The initiative also calls for the establishment of a program that monitors racial disparities in pedestrian stops and frisks by police officers and their commanders, as well as the development of an accountability and discipline system of those who engage in such practices.

The ACLU of Pennsylvania and other civil rights attorneys filed a lawsuit in 2010 against the city over Philadelphia's stop-and-frisk practices, accusing the city's police department of stopping Black and Latino men solely on the basis of their race and ethnicity. The complaint alleged that thousands of people each year are illegally stopped, frisked, searched and detained by Philly police as part of the city's stop-and-frisk policy.

The city and the ACLU reached a settlement on the matter in 2011. As part of the agreement, the city's police department was charged with collecting data on all stops and frisks and the race of those stopped and frisked, all of which would be stored in an online database.

The settlement also required the police department to provide officers with necessary training and supervision on stop-and-frisk practices and established a monitoring system in which the police department and an independent court-appointed observer could analyze stop-and-frisk data. Both the city and the ACLU are tasked with submitting annual data reports to the court.

Stop-and-frisk is when police officers stop a pedestrian for questioning and then, based on reasonable suspicion of criminal activity and that the person could be armed, pat down the person's outer clothing.

The tactic is often discussed in conversations about racial profiling, especially in Philadelphia, where in 2019 around 70% of the 77,000 people who were stopped and frisked were Black.

Almost half of pedestrian stops in Philadelphia are for low-level offenses, according to city data. In a report submitted last year that examined data from the second half of 2019, 16% of stops and 32% of frisks occurred without reasonable suspicion that the person committed a crime.

Black people were more likely to be stopped on the basis of race, especially in police districts with a smaller Black population than white population, according to the ACLU.

More than 82% of Philadelphians voted on a ballot question last year to make stop-and-frisk illegal and amend language in the city charter to outlaw the practice in Philadelphia. The tactic continues to be used by Philadelphia police officers.

Philadelphia City Council passed legislation for this ballot question last June, less than one month after the killing of George Floyd in Minneapolis sparked nationwide protests focused on police brutality.