Demonstrators called for music, art to bring people together 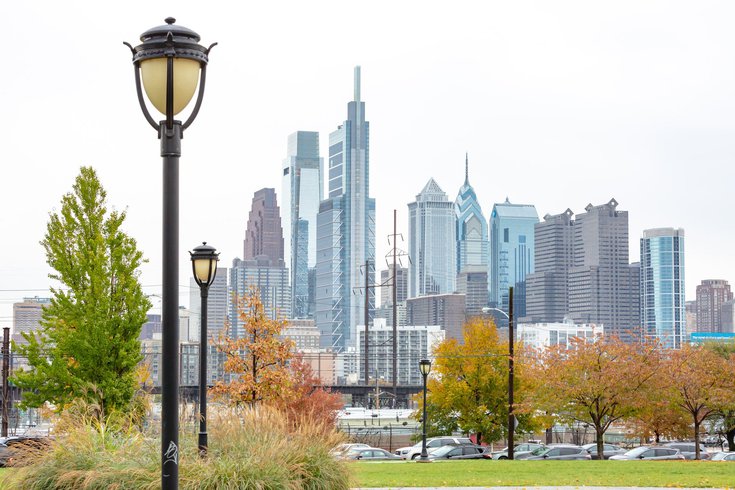 Shootings are up 55% year-over-year across Philadelphia, according to the police department.

Marchers took to the streets of Center City on Saturday to protest ongoing gun violence across Philadelphia.

The event, called “No More Silence, End The Violence,” started at 30th Street Station, and demonstrators peacefully marched roughly a mile to the south side of City Hall, where speakers addressed the crowd.

The event, which was organized by Philly police officer Kiana Farlow, called for music and art to bring the city together. Musical artists, performers, and groups were among the dozens of protesters who took to the streets to increase awareness of the ongoing gun violence in Philly.

Event organizers said that both art and music have the ability to heal wounds, mend relationships, and unite people amid difficult times.

One organization that took to the streets of Philly on Saturday to perform and protest was Young Flames, a youth rap group that writes songs about ending gun violence.

We took over our streets in downtown Philly today to protest against the gun violence happening in our neighborhoods. S/O to the other youth organizations who marched alongside us. Together we can make a difference! Our young voices matter! Our young Black Lives Matter! 🔥 pic.twitter.com/y6AkXAT3xh

The West Powelton Steppers & Drum Squad and the Sixers Stixers—the Philadelphia 76ers' drum band—also protested and performed at the march.

@iwillbreathe__ Thanks for the life changing opportunity. We marched threw the city with a purpose and a fight that we are still fighting. Stay tuned more great things to come 😈💯🤞🏾 #sixersstixers #westpoweltondrummers #Blm #onlyraceishuman #nbadrumline #besttoeverdoit

The demonstration comes as 1,578 shooting incidents have occurred thus far in 2020, which is a 55% year-over-year increase from 2019, according to the Philadelphia Police Department.