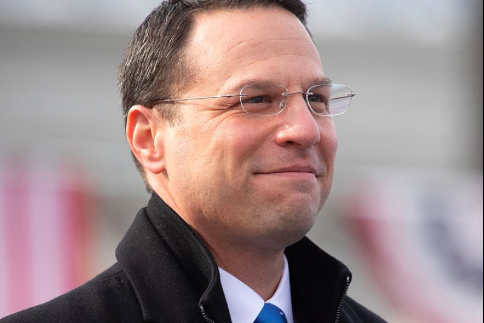 Multiple Philadelphia towing companies have been named in a lawsuit filed by Pennsylvania Attorney General Josh Shapiro, whose office alleges they used various intimidation tactics and operated illegally in the city.

The lawsuit, filed Friday in Philadelphia County Court of Common Pleas, was led by the Attorney General's Bureau of Consumer Protection.

As alleged in the lawsuit, the defendants wrongfully towed cars when they were not illegally parked in Philadelphia. In some cases, "No Parking" signs were conspicuously displayed, while in other instances towers ignored permits displayed in the vehicles.

Among the more alarming claims in the lawsuit were consumer reports that Angelina's Towing and Siani's Towing threatened to let pit bulls free in an attempt to coerce compliance and payment:

A consumer from Upper Darby, Pennsylvania submitted a complaint against Defendant Angelina's Towing stating that on September 30, 2019 consumer's vehicle was towed by Defendants on Allegheny Avenue in Philadelphia, Pennsylvania for allegedly blocking a driveway. When consumer went to defendent's place of business to pick up her vehicle, consumer stated that Defendants demanded $265.00 to be paid in cash. Consumer paid with $205.00 in cash and $60.00 via cash app. Defendants' invoice stated "50 tow out fee for bad regastration(sic)" for towing consumer's vehicle off Defendants' lot onto the street. Consumer also stated that the person at Defendants' location told she only had a few seconds to get out her registration and insurance or he would get the pit pull out.

In another instance, a similar tactic was described in a consumer complaint.

A consumer from Philadelphia, Pennsylvania submitted a complaint against Defendant Siani's Towing stating that on November 27, 2018 his vehicle was wrongfully towed from the apartment complex where he lives in Philadelphia. Consumer had a parking permit displayed on the vehicle. Consumer was issued a parking ticket which he later successfully disputed. Consumer had to pay Defendants $205 for the return of his vehicle and felt threatened by the two pit bulls which were in the Defendants' office when he went to retrieve his vehicle.

Angelina's and Siani's towing companies could not be immediately reached for comment.

The lawsuit also alleges the towing companies sometimes insisted they would only accept cash payments to return vehicles that had been towed, refusing to accept credit card payments, a violation of Philadelphia Code.

"You can’t just drive off with someone’s car and hold it hostage because you don’t like where they parked it," Shapiro said. "Using the authority of a towing service to extort money from Philadelphians is wrong and illegal and we’re holding these companies accountable."

The lawsuit seeks restitution for consumers, fines for each violation and an enjoinder that would prevent the defendants from conducting towing or vehicle storage business in Pennsylvania.

Earlier this year, Shapiro threatened to shut down George Smith Towing Company in Philadelphia for similar alleged violations against consumers.