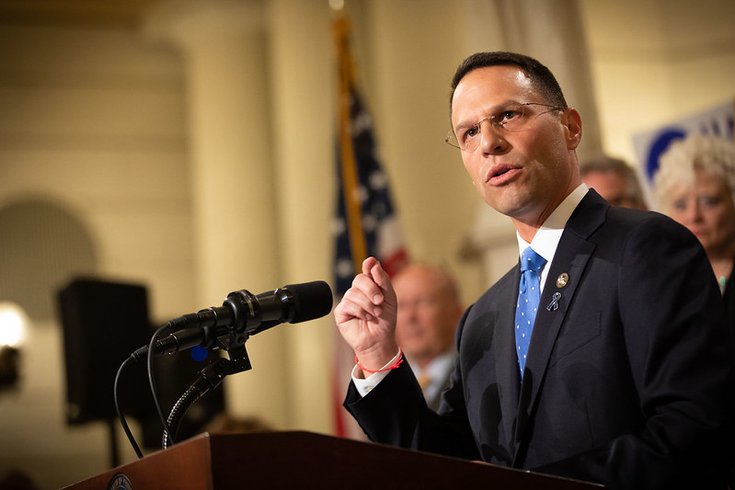 Pennsylvania Attorney General Josh Shapiro filed a lawsuit against e-cigarette maker JUUL, joining a growing list of states and jurisdictions that have targeted the vaping manufacturer.

Pennsylvania has become the latest state to sue vaping company Juul Labs in an ongoing bid to combat the epidemic of teenagers getting hooked on nicotine.

“Juul knowingly targeted young people with tactics similar to the tobacco companies’ playbook,” Shapiro said. “There is no proof these e-cigarettes are safe and until there is, we need to get Juul products off shelves and out of the hands of young people.”

As many as 28% of U.S. high school and middle school students now use e-cigarettes, a dramatic increase that coincided with the launch of Juul's signature product in 2015. The device uses pods containing e-cigarette liquid that comes in a variety of flavors.

New York and California both filed suit against the company last November, alleging that the San Francisco-based Juul deliberately marketed to young people. Local school districts, families and prosecutors, including those in Bucks and Montgomery counties, have since filed similar lawsuits against Juul.

The U.S. Food & Drug Administration ruled last September that Juul was illegally marketing its products by claiming they were safer than cigarettes.

“Juul manipulated data to deceive consumers about the nicotine content of its products," Shapiro said. "First Juul estimated their products delivered substantially more nicotine than its competitors in a patent, and then doubled back to say the products were comparable to an average cigarette. They disregarded their growing audience of young users, taking no action, as their profit margins skyrocketed on the backs of American kids.”

The Trump administration last week began enforcing its ban on flavored and mint e-cigarette cartridges used in popular products such as Juul and Vuse. Flavored e-cigarette liquids used in open-tank systems were not affected by the ban.

In one of the most aggressive moves in the country, New Jersey recently imposed a ban on the sale of all flavored e-cigarettes, a move Pennsylvania lawmakers may pursue as well.

The vaping industry and those who advocate for a middle ground argue that vaping has proven to be a harm reduction strategy for millions of adults who have quit smoking combustible tobacco cigarettes.

The lawsuit in Pennsylvania seeks to take Juul devices out of production altogether. Failing that outcome, the state is seeking heavy restrictions on the design, marketing and sale of Juul products, as well as a mandated commitment from the company to pay for youth-oriented prevention programs, public health research and nicotine cessation programs.