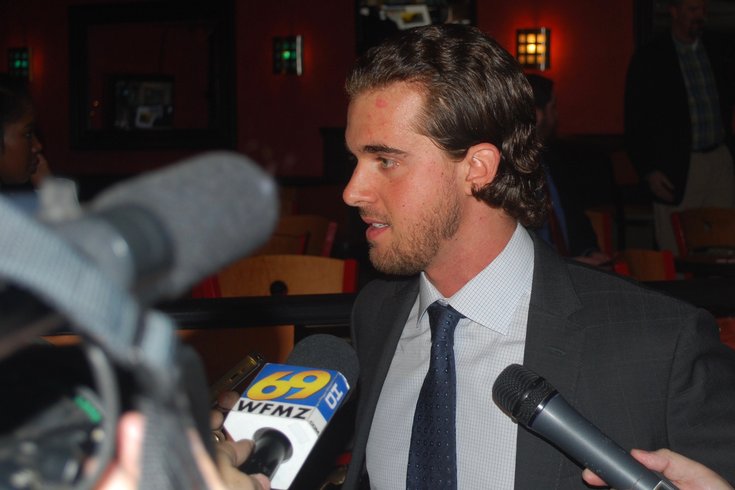 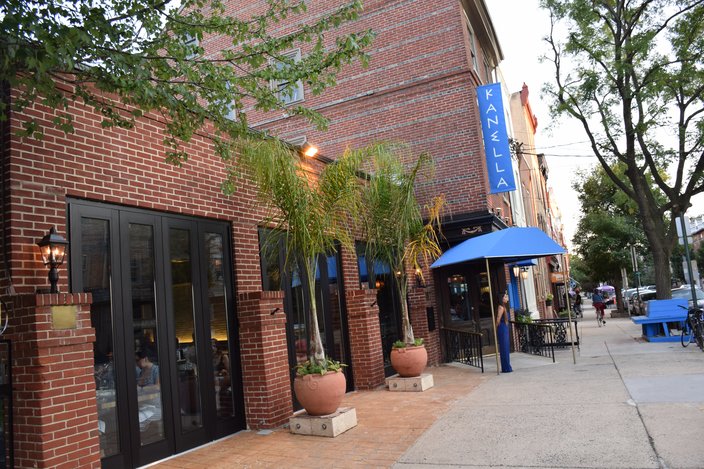 After seven years at 10th and Spruce Streets, Kanella has a new home at 757 South Front Street in Queen Village

An open kitchen greets diners with a wood-fired oven and new charcoal grill, where Pitsillades and his team can be seen from practically every table in the restaurant. Seafood, vegetarian dishes and house-made flatbreads accompany a full cocktail menu and wine list including bottles from Greece, Spain, Lebanon, Hungary and Austria.


Here's what Addison had to say about Kanella:

As Konstantinos Pitsillides, Kanella South’s chef-owner, walked by my table, I asked him about the North African chermoula he paired with sepia: Was the lemony herb sauce something that was traditional with fish in his native Cyprus, or something he had simply brilliantly visualized as pairing well? "It is my job to evolve the Cypriot kitchen," he answered, his blue-eyed gaze friendly but adamantine. "If the French can do it, I can do it." ... Unlike the original, the restaurant that opened four months ago in Philly’s Queen Village has a liquor license (try "The Cypriot," a cocktail powered by Masticha, a mastic-seasoned liqueur), a charcoal grill (ideal for kebabs), and a wood-burning hearth perfuming whole branzinos with its flames and smoke. The restaurant may bear the same name as its predecessor, but it’s a wholly evolved entity, one too spectacular to exclude from this list.

Kanella offers breakfast, lunch, dinner, and dessert — yes, there's baklava, served with date ice cream — Tuesday through Saturday from 5 a.m. to 10:30 p.m. The restaurant is open Sundays from 10 a.m. to 3 p.m. and from 5 p.m. to 10 p.m. As for future plans, Pitsillides will soon open Kanella Grill, a street food offshoot, at the original location in Center City.