Phillies have blown leads in 65% of losses, as laughably bad bullpen continues to struggle 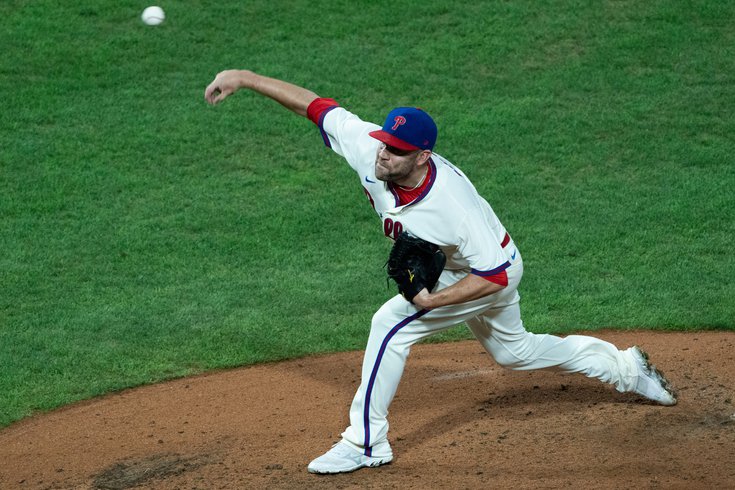 The Phillies bullpen has been unwatchable.

The Phillies bullpen is the worst in the majors. That's probably no secret to anybody.

Just how bad and how costly the unit has been, however, will make you sick.

The 'pen got a much needed break thanks to an Aaron Nola gem to blank the Marlins in the front half of Friday night's double-header. With Zack Wheeler's pants-putting-on injury costing him a start in Game 2, the Phillies were forced to go with a "bullpen game" and the results were predicable, as they combined to allow five runs in seven innings to split the twin-bill.

Going back just one day, a walkoff loss in Miami after leading 6-3 in the eighth is another recent but common example of the predictably bad relief efforts thwarting everything else the Phillies do right.

Through their first 42 games this season, the Phillies held a lead at some point in those games 36 times. Their record right now is 22-20. That means, that in 65% of their losses, Philadelphia blew some kind of a lead. (h/t to Ryan Spaeder for the stat, which we've updated.)

Their bullpen ERA currently stands at 7.47, a ridiculously bad number. For contrast, 22 MLB teams have bullpen ERA's under 5.00. Philly's starting pitching remains to be more or less a strength (3.87 ERA, 8th lowest), especially the top of their rotation in Cy Young contenders Nola and Wheeler.

But as soon as the starter leaves the game, well, disaster seems to always strike.

The pressure level is high. The Phillies, according to baseballreference.com, have the third highest rate of pressure via the "average leverage index" of any major league team. In 18 save situations, they've sealed the deal just eight times. Their relievers have entered games with runners on base 61 times, the fourth most of any bullpen.

The Phillies have tried to address the save situation issue, making a bevy of trades before the August 31 deadline. Here's a look at the players they acquired:

You read that right. The Phillies' new relievers came here and got worse. All four of them. Consistency like that is simply remarkable — for four different veteran pitchers to come from three different teams and all get worse at exactly the same time.

One thing worth remembering is that this season is under the microscope as it is very much abridged. The sample sizes above would typically comprise a fraction of a full season of pitching — but with just 60 games, some of which are only seven innings (doubleheaders), four innings of relief work become much more impactful.

Here is another table, looking at the futility of the bullpen as a whole over the last two months:

The Phillies' offense and starters seem to be good enough to get the team into the expanded playoff field. The question is, what good is this season of they can't protect a lead once they get there?

Joe Girardi has the difficult task, over the last three weeks of the season, of both pushing for a playoff slot while also figuring out something that works in his bullpen. It is impossible to win in the postseason without a reliable closer or setup man. There is no way you can expect the offense to bail out every blown lead or for starters to go all nine innings.

The bullpen will be the team's undoing if something drastic doesn't improve before we get to October.