Phillies hype videos? It's been 11 years, but the Fightin's are back in the playoffs 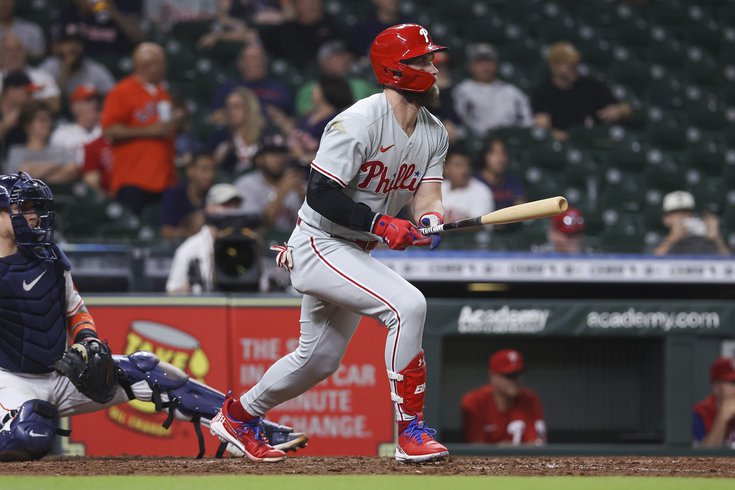 Bryce Harper and the Philadelphia Phillies begin a best-of-three National League Wild Card series against the St. Louis Cardinals on Friday afternoon. This is the Phillies' first playoff appearance since 2011.

It feels like ages since the Phillies have been relevant in October, something fans once took for granted during the golden years of the late 2000s and early 2010s.

But after an 11-year postseason drought, Philadelphia will get a taste of playoff baseball Friday afternoon as the Phils visit the St. Louis Cardinals for a best-of-three series in the National League Wild Card round.

MORE NEWS: How do the Phillies and their roster stack up against the Cardinals?

On Friday morning, the Phillies released a hype video to get fans ready for the excitement of a playoff atmosphere. It's narrated by Ryan Howard and Jimmy Rollins, who helped the Phils end the city's championship drought in 2008.

Naturally, the video builds on the idea that Philadelphia has grown accustomed to missing the postseason, but the team kept fighting this year through a coaching change, injuries, doubt and all kinds of adversity.

Own it. Embrace it. Believe it.

The Twitter fan account @AbsolutelyHammered also put out a hype video, which starts with the dark moment when Howard tore his Achilles to end the Phillies last' playoff game in 2011. Then it segues into a bunch of highlights from the 2022 season.

The Phillies are clear beneficiaries of baseball's expanded playoff format, a move that was a long time coming to get more fans invested in the grind of a long MLB season. It's a change that also favors the unique momentum of baseball. A team that's hot, even if they're a bottom seed, has the potential to make a deep run through the three-game and five-game rounds. From there, anything can happen.