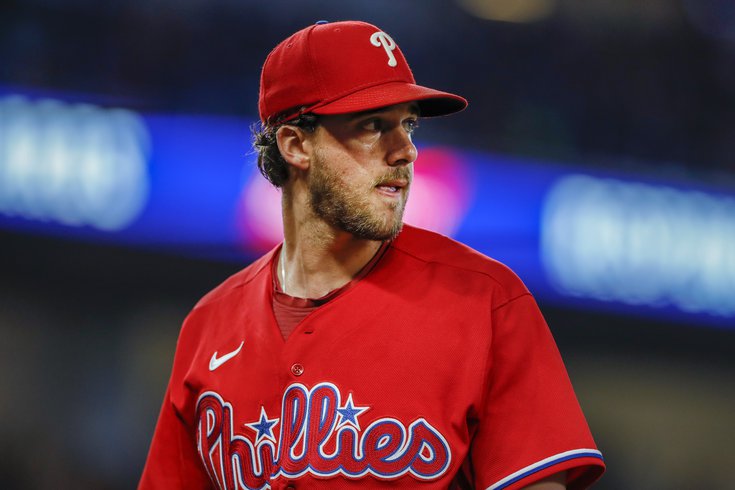 The Phillies have picked up the 29-year-old starter's $18 million club option, which will keep him atop the rotation alongside Zack Wheeler going into next season.

Down the stretch, when the Phillies just needed a win to clinch their first playoff berth in 11 years, the righthander threw a gem in the opener of the final series down in Houston, striking out nine in 6.2 innings against the Astros in a performance that flirted with perfection and ultimately sent the Phils on their way to October.

Then, in his first ever postseason, he was lights out against the Cardinals in the Wild Card round and the Braves in the NLDS, but faltered in the NLCS against the Padres and then his lone start against the Astros in the World Series.

Finding one more starting pitcher to join the rotation alongside Nola, Wheeler, and Ranger Suárez will be a point of emphasis for team president Dave Dombrowski in this now very short offseason, but the Phillies are set to run it back with their former 2014 first-round pick, and longest-tenured Phillie, still at the core of it.

Though the likelihood is that they're both bound for free agency.