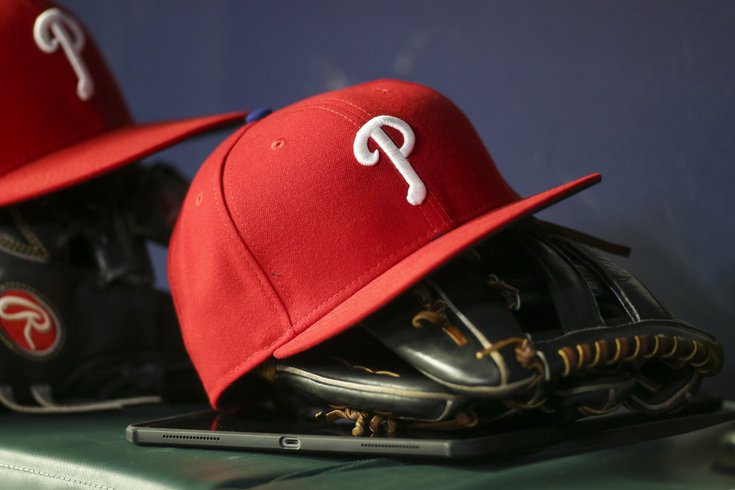 The offseason went by fast.

Pitchers and catchers are just a month away from reporting and we're not that much farther off from getting our first look at Trea Turner in a Phillies uniform either.

Par for the course when you push your season into November, and the Phils have spent that short window in between trying to make sure they do it all again (this time with a mega after-party).

The past couple weeks have been relatively quiet though, but that doesn't mean they've been entirely without any news. It's just less about the immediate goal of a World Series title and more about the long-term future.

So here's a quick check-in on the latter front:

MLB Pipeline has begun releasing its top prospects lists for each position in 2023 and the group of righthanded pitchers is looking great for the Phils.

Painter, Abel, and fellow righthander Griff McGarry (the club's No. 4 ranked prospect) have been surging through the Phillies' farm system and the expectation, with Painter especially, is that one or a combination of three will be up with the big-league club for the start of 2023 if not relatively soon into it.

Painter is still just 19 years old but stormed right through High-A ball with a 0.98 ERA in eight starts, then finished the year in Double-A with a 2-1 record, a 2.54 ERA, and a minuscule 0.95 WHIP through five starts.

The control over his pitches that he's shown in particular, is what has really impressed in the 2023 rankings, per MLB Pipeline's Sam Dykstra:

Hitters are meant to be more patient as you climb the ladder, right? Consider this: the 19-year-old Painter finished out his first full season at Double-A Reading, where he was more than five years younger than the average player. He walked only two batters in 28 1/3 innings during his time there. His 6.2 percent walk rate across three levels was the lowest among teenage pitchers with at least 70 frames in 2022. The 6-foot-7 righty’s ability to pitch in the zone improved as the season wore on, and it could be plus-plus by the end of 2023 if he continues on this trajectory. [MLB.com]

Back in November, ahead of the winter meetings, Phillies president Dave Dombrowski said there would be a spot in the rotation for a youngster out of camp. Painter was the first name off the top of most fans' and even writers' heads, but he wasn't ready to make any promises on that yet.

MLB's international signing period opened on Sunday and the Phillies made some noise within it with the signing of a shortstop prospect that has drawn comparisons to current Mets star Francisco Lindor.

Jesus Starlyn Caba, a 17-year old switch hitter out of the Dominican Republic, was signed to a $3 million deal and comes with speed, skill, and maturity out in the field that can develop with an incredibly high ceiling.

“Body type, I compare him to Francisco Lindor...I don’t know if he’s going to have Lindor’s power, but he can play shortstop every bit as good as Lindor right now. I think Caba is going to be more of a No. 2 hitter, line drive, .270, hit some doubles. He has a little pop in his bat, too. But he’s 17. It’s kind of difficult to put a power grade on a guy when he’s so young.

“But he’s really good, defensively. He’s as good as it gets, in my opinion. I think the only thing that would stop him from playing in the big leagues, defensively, right now, is that he’d make some errors — just because he’d be in awe. Like the emotion of it. But he’s going to be there. I’ve been doing this for 27 years, and I’ve never seen a shortstop move around like he did. I really haven’t.” [The Inquirer]

The Phillies have agreed to a $3 million deal with switch-hitting SS Jesus Caba, No. 13 on the Top 50 International Prospects list, per @JesseSanchezMLB.

The Phillies also signed 20-year old righthander Wen-Hui Pan out of Taiwan for around $400,000 and with a fastball sitting at 95-96 mph right now, projects as a potential mid-rotation starter or late-inning reliever by evaluators, per The Athletic's Matt Gelb:

His fastball sits at 95-96 mph, one evaluator said, and he’s topped at 99 mph. His splitter is his best breaking ball. The curveball needs work, but Pan throws a slider that showed improvement.

He’s the equivalent of a college sophomore, so there is room to grow. The Phillies have increased their presence in Taiwan; a few years ago, they signed Hao Yu Lee, an infielder who is now one of the club’s best prospects. [The Athletic]

The Phillies had just over $4.6 million in bonus pool money this year and allocated most of it to Caba. Their full run of international signings can be seen over at Baseball America HERE.