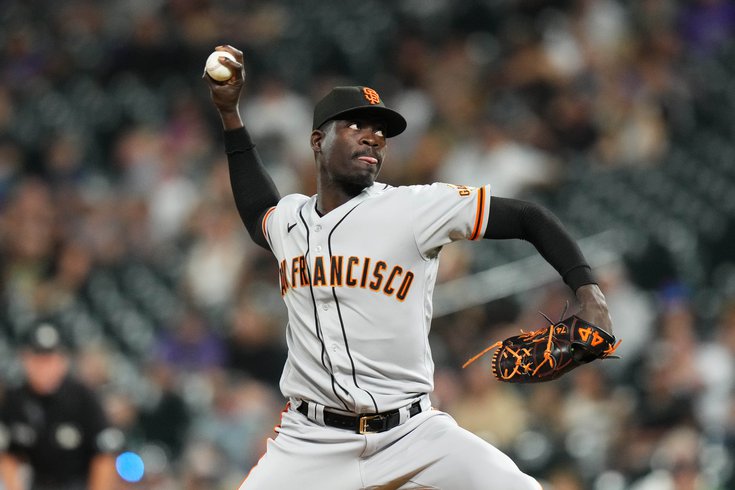 The Phillies acquired righthanded reliever Yunior Marte from the Giants via trade on Monday.

The Phillies made moves to bolster their bullpen last week but weren't done quite yet.

On Monday, they also added righthander Yunior Marte through a trade with the Giants in exchange for former top-10 prospect Erik Miller.

The 27-year old mainly throws a slider, sinker, and four-seamer, and induced most of his outs through fly balls with a below-average barrel percentage (4% compared to the league average of 7%), per Baseball Savant.

Marte also has two minor-league options remaining on his contract, according to FanGraphs, which will give the Phillies some added flexibility within the bullpen.

"You have to have a couple of guys in your bullpen who have options in case you need a pitcher, in case you need length, or in case you need to swap somebody out," manager Rob Thomson said back in November. "You can't have eight guys down there with 10 years of service that you can't send to Triple-A."

Marte was added to the 40-man roster and will compete for a regular bullpen spot out of camp when pitchers and catchers report to Clearwater next month.

Miller, a lefthander who was the seventh-ranked prospect in the Phillies' farm system for 2022, made 22 appearances – including seven starts – for Double-A Reading last year and put up an impressive 2.23 ERA with a 1.16 WHIP and 44 strikeouts. The 24-year ran into trouble, however, when he got promoted to Triple-A Lehigh Valley, getting tagged for a 7.50 ERA and 2.33 WHIP across 10 appearances and 12 innings pitched.

A 2019 fourth-round pick by the Phillies, Miller was left unprotected in the Rule 5 Draft last month but wasn't claimed.

Team president Dave Dombrowski began adding extra bullpen depth last Wednesday when the Phils acquired righthander Erich Uelmen from the Cubs for cash, then made a much bigger splash on Saturday in a trade with Detroit headlined by All-Star lefty Gregory Soto.

Combined with the signings of Matt Strahm and veteran Craig Kimbrel earlier in the winter, the club is hoping to come back in 2023 with a much deeper bullpen that can help get them back to the World Series, and this time, win it.