After the postseason run with the Phillies, Syndergaard is heading back to the west coast. 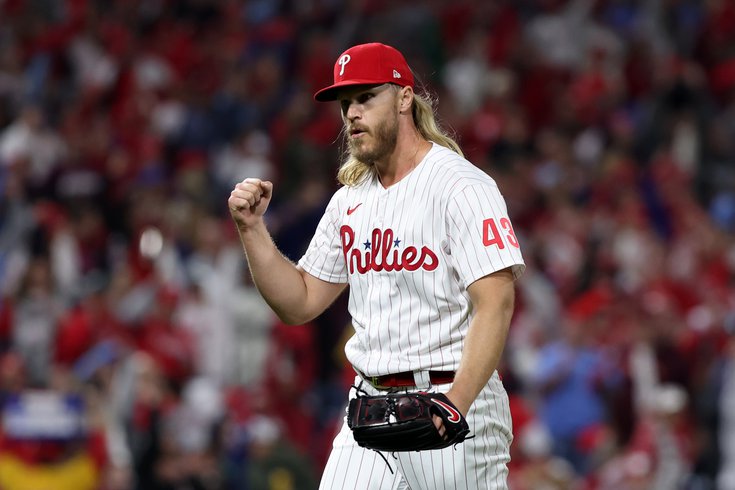 Noah Syndergaard is going back to the west coast.

Noah Syndergaard's run with the Phillies caps out as a deadline rental after word broke Wednesday night that the free-agent righthander is in agreement on a one-year deal with the Los Angeles Dodgers.

The contract, per the New York Post's and MLB Network's Joel Sherman, will be worth $13 million with the chance for the 30-year old to make another $1.5 million in incentives.

The Phillies acquired Syndergaard from the Los Angeles Angels at the early-August trade deadline during a buying period that also brought in utility infielder Edmundo Sosa, reliever David Robertson (now with the Mets), and current centerfielder Brandon Marsh (also acquired from the Angels in a separate deal).

As an extra starter for the rotation during the stretch run to the postseason, Syndergaard went 5-2 with a 4.12 ERA and 1.32 WHIP across nine starts, mostly going around 5-6 innings in each.

He wasn't the hard-throwing, top-of-the-rotation hurler he once was with the Mets in the mid-late 2010s, but he did decently enough at the bottom of the order to help snap an 11-year playoff drought that would end up as a miracle run to the NL pennant.

"His stuff is down from where it was in the past, there's no question about that," Dombrowski said of Syndergaard back in August. "But he's still throwing mid-90s. He's just a different pitcher. He throws with tremendous sink. He's got a great sinker at this point."

In the postseason, Syndergaard made four appearances, pitching out of the pen in two of them and getting the start in the other two, including the Game 4 clincher against Atlanta in the NLDS. His playoff line finished at 0-1 with a 3.24 ERA in 8.1 innings pitched.

After undergoing Tommy John surgery in 2020 and experiencing setbacks that held him to just two innings pitched with the Mets in 2021, Syndergaard moved on and took a one-year "prove it deal" out in Anaheim that eventually brought him back to the NL East.

He'll go for another out in Los Angeles again, this time with the Dodgers.

One more time for the hostile environment.

"The Phillies just got that dawg in them today."