What they're saying: Do the Phillies or the Mets have the better rotation?

The Phils and Mets both went and got starting pitching this winter, but who made the greater add? 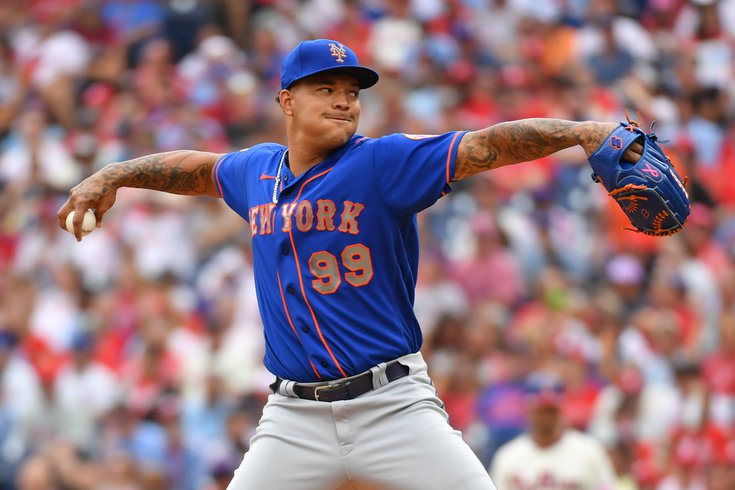 Is Taijuan Walker enough of a boost to the Phils' rotation?

Free agency has calmed down after the initial wave of huge signings from the winter meetings, so in comes that bit of quiet over the next couple of months before pitchers and catchers finally report.

There are still a few pieces of news and notes to check in on though, even if they go down in rather short order.

Here's a quick rundown of what they're saying about the Phillies...

Now that the stove has cooled off a bit and the Phillies and Mets have both made their splashes, who has the best one in NL East?

Harold Reynolds says the Mets with Max Scherzer and Justin Verlander at the top, but Matt Vasgersian suggested that the middle-bottom of the Phillies' order – Ranger Suárez and Bailey Falter – can sneak up on you. Can't discount the Marlins either.

Interestingly, Vasgersian also said he would've felt better advocating for the Phillies had they kept Zach Eflin, who finished the year and the postseason pitching out of the bullpen.

Eflin took a three-year, $40 million deal to start with the Rays, as the chances for the 28-year old to return to Philadelphia and earn a spot in the rotation seemed slim.

The Phils' current projections for the 2023 rotation are looking like: Zack Wheeler, Aaron Nola, Taijuan Walker, Suárez, and one of Falter, Andrew Painter, Mick Abel, or Griff McGarry.

Speaking of Eflin, he was officially introduced as a Ray on Tuesday, closing out a seven-year chapter of his career.

One of the longest-tenured Phillies for the World Series run was deserving of a proper sendoff, which the club posted to its social media channels on Tuesday.

You'll always have a home here. Thank you for everything.

Eflin reached the Phillies' system in December 2014 as part of the Jimmy Rollins trade to the Dodgers and developed into one of the few consistent faces of the organization's arduous rebuild alongside Nola and Rhys Hoskins.

He wasn't a star but developed a steady role in the middle of the rotation for years until knee issues mounted up and forced his unsung move to the pen on the 2022 miracle run.

We're entering end-of-year content territory and MLB has already started pushing their stuff out over the past few days. On Monday, they released their top 10 games of 2022 and the Phillies were all over it... for better and worse.

At No. 8 was the June 5 comeback against the Angels, when Bryce Harper crushed a game-tying grand slam with two outs and a full count in the eighth, then Stott – after a kid was caught on camera frantically praying in the stands – roped a three-run shot over the fence with two outs to win it.

And at No. 2 was Game 1 of the World Series, when the Phillies made a five-run comeback down in Houston to win it 6-5 in extras.

Check out the full list below if you have a half-hour:

MORE: Red October made the Phillies a destination again