It's been October or bust for these Phillies since the spring. Their trade deadline moves reinforced that. 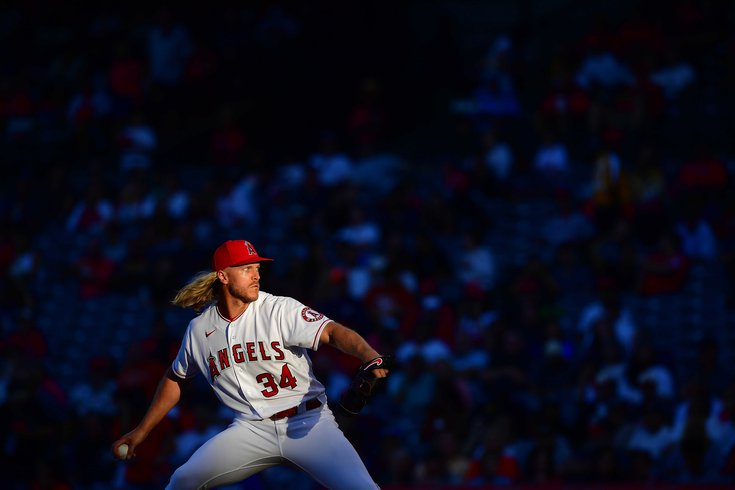 Once a division rival, Noah Syndergaard has been brought in to help get the Phillies to the postseason.

You don't make these moves unless it's October or bust.

And make no mistake, it's October or bust for these Phillies. Always has been.

From the decision in the spring to exceed the luxury tax and go get Nick Castellanos and Kyle Schwarber for a combined $179 million all the way to Tuesday, when the club completed trades for Brandon Marsh, David Robertson, and Noah Syndergaard, it's all to snap a decade-long postseason drought and have the Phils playing meaningful baseball again.

"I think we're better," team president Dave Dombrowski said following the August 2 trade deadline. "How much better are we? I know we're a better ball club."

The Phillies entered the month with a hold of the third and final NL Wild Card spot, but they had their holes. They needed depth for the bullpen, another starter for the middle of the rotation, and, notoriously, better defensive help.

And though it came down to the wire, they addressed all three, with the expectation that Jean Segura will likely be back this week and that Bryce Harper won't be much further behind.

For the pen, it's a reunion with an improved, much healthier Robertson.

His first stint in Philadelphia back in 2019 didn't work out. An elbow injury, a resulting Tommy John surgery, and setbacks in his recovery kept him off the mound for nearly two years.

He'll come in to help the Phillies lock games down late, at the cost of Ben Brown – the pitching prospect going to Chicago who the organization liked, but was ultimately willing to part with given the big league club's standing and highly-touted arms Mick Abel, Andrew Painter, and Griff McGarry already in the system and working their way up fast.

"Just really came down at the time that you can't protect everybody," Dombrowski said "If you're gonna try to get into the postseason and get a guy like David Robertson, who we think is as good a reliever as was out there, there was a cost that was attached to that."

For the rotation, a towering righthander and an old division rival in Syndergaard.

He isn't the hard-throwing, high-90s burner he used to be with the Mets — injuries got the best of him too – but then again, as Dombrowski explained Tuesday night, that wasn't the guy the Phillies were after.

This season, on a one-year contract in Anaheim that the Phillies will be assuming the rest of, the 29-year old righthander transitioned into a mid-90s sinker ball pitcher to modest success, going 5-8 with 3.83 ERA and a 1.21 WHIP through 15 starts.

The Phillies and Angels were in contact for the past couple of days about Syndergaard, but talks weren't going anywhere until the Angels came in with a call at the last minute.

The price settled on in the end: Mickey Moniak, who never found his footing after being taken first overall by the Phils in the 2016 draft, and single-A outfielder Jadiel Sanchez, a 2019 12th-round pick.

"His stuff is down from where it was in the past, there's no question about that," Dombrowski said of Syndergaard. "But he's still throwing mid-90s. He's just a different pitcher. He throws with tremendous sink. He's got a great sinker at this point."

And at the backend of the rotation with Ranger Suárez and Kyle Gibson, that's perfect, especially now that Zach Eflin's knee has him placed on the 60-day IL.

"With the bullpen that we have, if we can get 5-6 strong innings out of our guys, I think we're deep enough in the pen where we can win some ballgames that way," Dombrowski said.

Then there's that infamous defense. 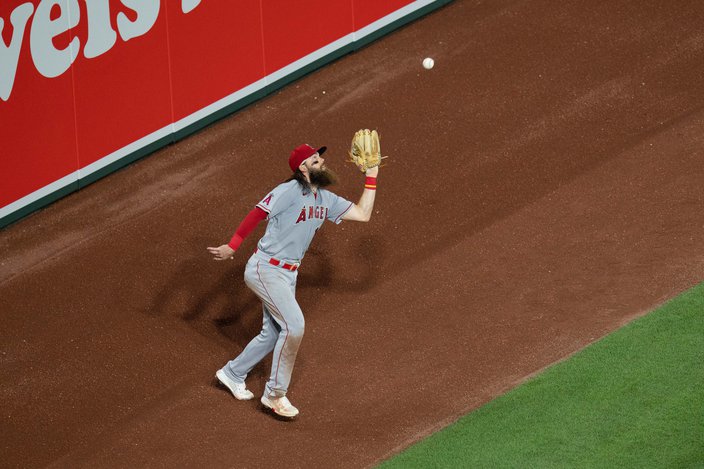 On Saturday, the Phillies got an extra infield glove when they traded lefty JoJo Romero to St. Louis for Edmundo Sosa.

Then on Tuesday, through the Angels, they acquired outfielder Brandon Marsh for top catching prospect Logan O'Hoppe.

With J.T. Realmuto blocking O'Hoppe's path to the majors, he was always going to get moved at some point, but Dombrowski wanted it to be for a younger position player and saw the 24-year old Marsh as a steady one to put out in center field.

He's struggling at the plate in just his second major-league season, hitting .226 with a .637 OPS and striking out at a high rate (35 percent). But Dombrowski believes that's something the club can remedy, citing Alec Bohm's improvement this season after a brutal 2021 and Bryson Stott's slow but steady uptick of late.

What's important right now for Dombrowski and a Phils squad that's been in need of reliable defense all summer is Marsh's glove, which comes in with a .983 fielding percentage and eight defensive runs saved through 91 games in Anaheim this year.

If they can continue to get that, reliable pitching from Syndergaard and Robertson, and healthy returns of Segura and Harper (at least as much as he can be), the postseason should be very much in reach.

"I think we're in a position where we really shape up to be a good club, but you have to go play hard every single day and continue to battle. We've been doing that and I anticipate that we'll continue to do that."

You don't make these moves unless it's October or bust.

It's October or bust.

Phillies at the deadline