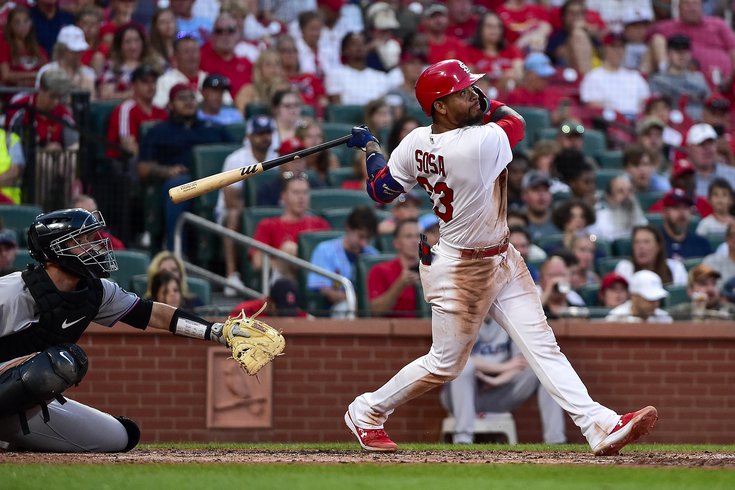 The Phillies got some infield depth on Friday in their first deadline period move, acquiring Edmundo Sosa from the Cardinals.

Lefthander JoJo Romero is going to St. Louis in return and was immediately assigned to the Cardinals' Triple-A affiliate in Memphis.

Last season, in a much fuller sample size, Sosa appeared in 113 games, batting .271 with eight doubles, four triples, six homers, and a .735 OPS.

While Friday's trade does give the Phillies one more glove off the bench, it does leave the infield pretty crowded right now with Alec Bohm, Bryson Stott, Didi Gregorius, Johan Camargo, and Yairo Munoz already occupying roster spots. And it will only get more so with Jean Segura on a rehab assignment and likely on his way back very soon (possibly early next week)

Some roster maneuvering is probably ahead, especially if team president Dave Dombrowski has any further ambitions of acquiring more pitching and/or an extra bat.

As for Romero, the Phillies are moving on from yet another once-promising arm.

A fourth-round selection in the 2016 amateur draft, Romero moved his way up the ranks and, at one point, was one of the better arms in the Phillies' farm system. But he couldn't carve out a role for himself once he reached the big-league club.

The Phillies and Cardinals are both 53-47 and battling for the third NL Wild Card spot heading into Saturday's round of games. For now, the playoff spot belongs to the Phils as they hold a tiebreaker over St. Louis, but there's a lot of baseball left to play.