It's been October-or-bust since spring training, and that hasn't changed. 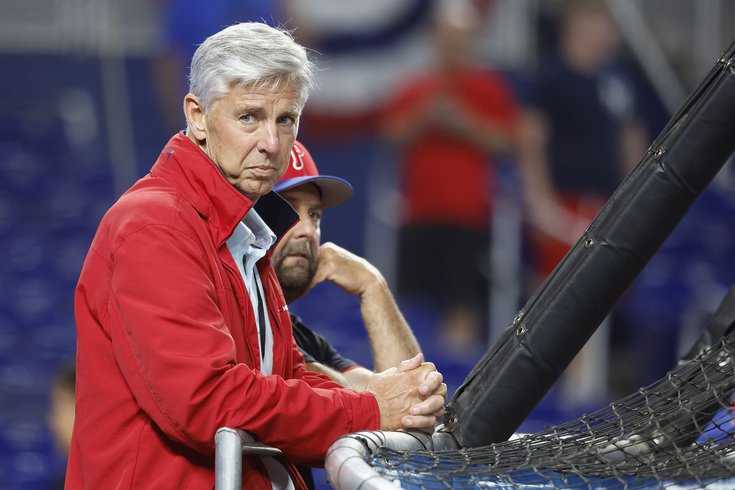 The Phillies will be active leading up to MLB's trade deadline on August 2.

Team president Dave Dombrowski made that much clear on Monday when he met with the media prior to the club's 6-4 win over the Braves.

It's been October-or-bust since spring training, and that hasn't changed.

“We’re trying to make the playoffs,” Dombrowski said (via MLB.com's Todd Zolecki). “If you make the postseason, anything can happen. I do think that if we’re in a short series, the way we are -- and I’ve been with clubs in the postseason in a short series -- we have a nice structure for a short series. We have really good starting pitching at the top. Our bullpen’s deep and throwing the ball very well. And when we’re healthy, I think we can hit good pitching as well as anybody. We’re dangerous in that type of situation. So if we can get to that spot, that’s extremely important for us.”

The Phillies are 50-46 after Monday night's win, but after an ugly sweep by the Cubs coming out of the All-Star break, they lost their hold of the third and final NL Wild Card spot, trailing the Cardinals by half a game as of Tuesday.

The Phils could use some extra bats, extra gloves, and extra arms.

At the plate, at least, help should be on the way with Jean Segura beginning a rehab assignment in Lehigh Valley and then eventually Bryce Harper as he recovers from a broken thumb. But there are a number of position players — Kansas City's Andrew Benintendi, Boston's J.D. Martinez, and the Cubs' Ian Happ, for example — believed to be available just in case.

A middle-of-the-rotation starter, however, might be the priority right now, especially with some uncertainty around Zach Eflin's current knee injury and his prior history of them.

“I’d love for [Eflin] to come back, but I don't know when,” Dombrowski said. “And so I don't think from my perspective I can just say we’re going to wait for that to happen. I don’t think we can just sit here and wait to see what takes place. I’m very happy with [Bailey Falter and [Cristopher Sánchez], the roles they’ve filled. But ideally, we’d be in a position where we’d look to supplement what we have in that regard because of the injury status.”

Oakland's Frankie Montas and Paul Blackburn, the Cubs' Drew Smyly, Pittsburgh's José Quintana, and possibly the Angels' Noah Syndergaard are among some of the options there.

Dombrowski also said he won't be sending the farm away for one-year rentals — the wealth of starting pitching prospects aren't going anywhere — and alluded that the Phillies probably aren't a landing spot for Juan Soto, though we all kind of knew that already.