Who won the week in Philly sports: Rob Thomson has Phillies contending 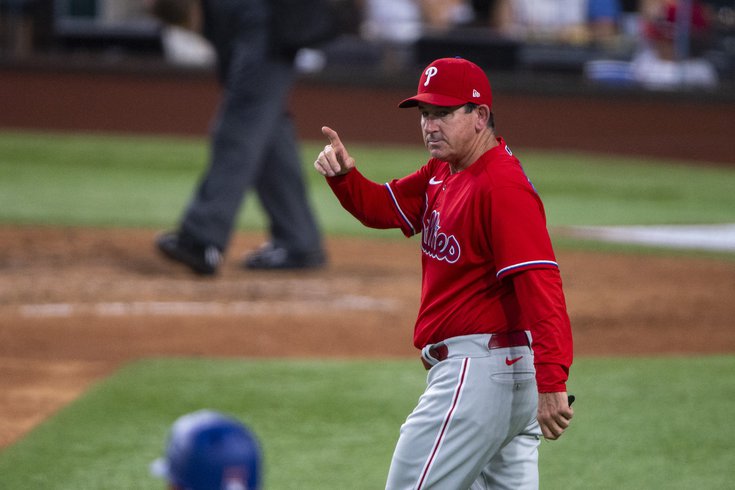 As the Phillies stroll into the All-Star break six games over .500, it's worth commending what interim manager Rob Thomson has done over the last six weeks. Frustration was mounting in Philly after a much-hyped offseason provided little early return on those massive investments. Joe Girardi rapidly fell out of favor with the fan base and was fired on June 2.

Look at the team Thomson inherited compared to where they are heading into the break:

The Phils were 7 back of the final Wild Card spot entering June. They go into the break owning that final spot. Remarkable turnaround.

Teams go hot and cold rapidly in baseball, sure, but a sample size is building where the Thomson effect has to be considered a no-doubt-about-it concrete improvement for the team rather than some random summer streak. Cooking the numbers and using my super-scientific methodology to decide who "won the week" in Philly sports (i.e, I make it up when I open a Google Doc), I have to go with Topper. Perhaps it's more of a "who won the last month and a half in Philly sports" award, but as the Phillies are put on pause, it's undeniably impressive how different the Phils feel right now compared to when Girardi was fired.

The Phillies were in a rough spot heading into the past weekend's series with the Marlins. They had dropped four-straight games including two in Toronto that were mired in controversy given that some players couldn't enter Canada because of the country's vaccination requirements. Rough look! The Phils were grappling with that nonsense and then had to go to Miami, where seemingly nothing good has happened for the team in the last decade. Phillies fans assuredly thought, "I've seen this movie before."

The Phils played like... well, not the Phillies. They took all three games down in Miami, outscoring the Marlins 16-1 over the whole series. Phillies pitchers haven't allowed a run in 25-consecutive innings. That includes 7.2 innings from the bullpen alone, a group of relievers who have had Phillies fans pulling their hair out in pure anger over the last several seasons.

It's essentially impossible to quantify the impact a manager can have on a ball club. In football, for instance, it's way more tangible seeing an offensive mind's play-calling or a defensive coach's scheme. Thomson didn't magically tell Alec Bohm, "Hey, pal, maybe you should start putting the bat on the ball." He's not out there aiding Aaron Nola's command like an extra in "Angels in the Outfield." The longer the Phillies play unlike the team this city has long been accustomed too, however, the harder it becomes to push aside Thomson's influence.

The Phillies are in an unfathomable position relative to where they stood at the beginning of June. They lost the reigning MVP in Bryce Harper, who was certainly playing like a guy who could've won it again in 2022, for a significant period of time since then. Everything that should be going wrong for the Phillies is going right. It might be reductive to simply say that a baseball manager's job is "vibes," but the vibes sure are different right now than how they were during the Girardi era.

The Phillies are currently sitting in the third and final Wild Card spot in the National League. If they're still there by the end of the season, that "interim" tag is getting removed from Thomson's official job title.