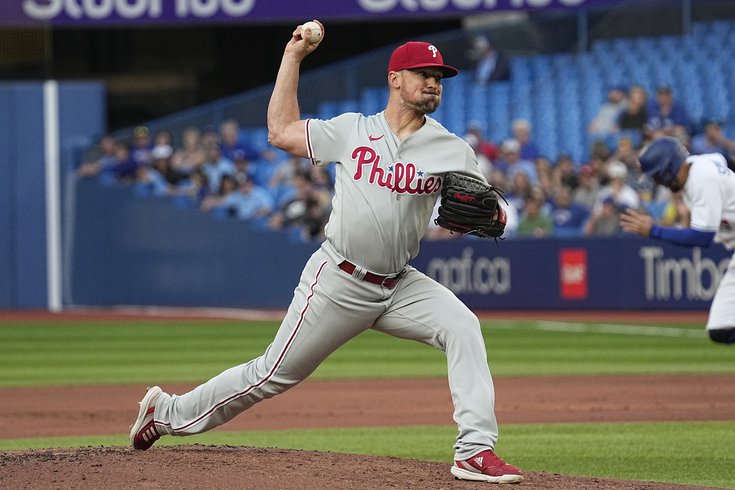 The Phillies have fallen out of playoff positioning after dropping both parts of a two-game set in Toronto against the Blue Jays. Losing 4-3 on Monday and 8-2 on Wednesday, the Phillies are now 46-43 and a game out of the third Wild Card spot in the National League.

A few quick notes on the state of the Phils...

Four Phillies players couldn't make the trip to Toronto given that they're unvaccinated with the Canadian requirements for entry into the country:

That rotation shuffling because of Aaron Nola and Kyle Gibson's absences necessitated the Phillies having a "bullpen game" on Monday. Reliever Andrew Bellatti started the first game of his major league career in his age-30 season because of this. Not great! He surrendered two runs in just a single inning of work. It was the trickle-down effect from the unvaccinated players that led to what felt like a loss before the team even took the field.

I can't help but wonder how Phillies players view their teammates who weren't able to contribute during a playoff race because they refused to get vaccinated...

Wheelin' and Not Dealin' ❌

Zack Wheeler made his first start since his presumed All-Star snub on Wednesday. Thinking he would exact his revenge on the baseball world did not come to fruition. Wheeler gave up six runs in less than five innings. It was the most earned runs he's had in a game since April 17.

Suboptimal for the Phils!

Help, I Need Somebody 🎵

If the Phillies want to continue their playoff push, they're in dire need of some reinforcements. The Bryce Harper injury continues to be a killer with the rest of the lineup (outside of Kyle Schwarber) as inconsistent as ever.

This is a rough look:

Dave Dombrowski needs to spend the All Star Break getting the Phillies help NOW. He can't wait. Their lineup last night:

Five players in the Phillies' lineup on Wednesday have an on-base percentage below .300. That's not going to cut it.

The team is already opening up the checkbook and going for broke. They need a playoff berth. They need it like they need air to bring respectability back to this franchise. Go make some moves, Dave Dombrowski.