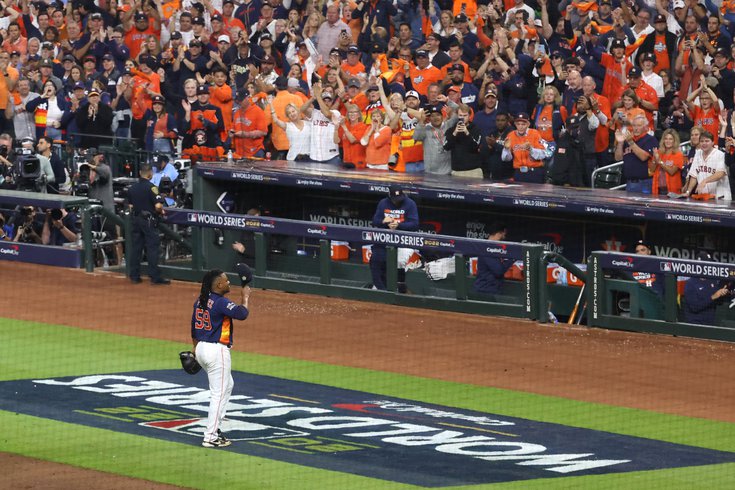 The Houston Astros will never be able to outrun their label as cheaters. The Astros were at the center of a massive sign-stealing, cheating scandal after winning the 2017 World Series, as players would bang trash cans to indicate if opponents were throwing an off-speed pitch, amongst other things.

That controversy has already carried over to this year's World Series against the Phillies. Houston catcher Martín Maldonado used an illegal bat in Game 1. In Game 2, Astros pitcher Framber Valdez drew ire on social media for potentially using an illegal substance on the mound. Whether these things truly gave the Astros any advantage remains up in the air, but, again, that history as cheaters is impossible to escape.

Philly fans, never a group to shy away from telling opponents how it is, have struck back at the Astros with a new billboard on the Schuylkill Expressway:

The billboard appears to be courtesy of TopDog Law, a personal injury firm based in the Olney section of Philadelphia.

Phillies fans hope that Houston's rampant cheating will be kept to a minimum this week, as the World Series comes to South Philly for Games 3, 4 and 5 on Monday, Tuesday and Wednesday.