Phillies pitchers and catchers report: Ranking every arm and backstop heading to Clearwater 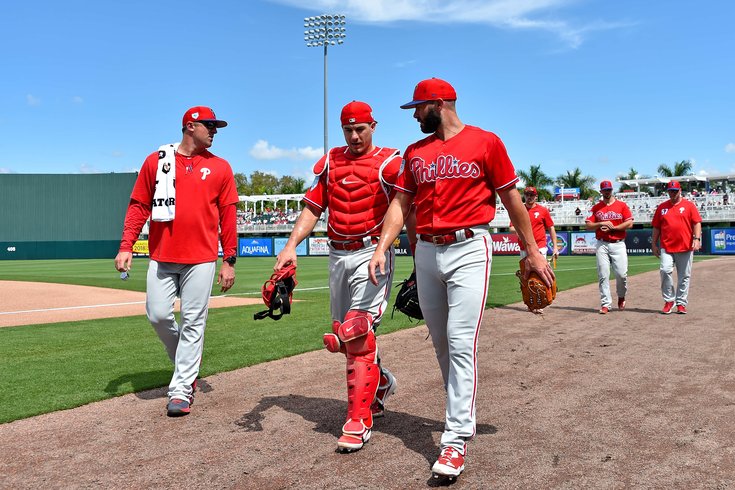 Pitchers and catchers report in Clearwater this week.

Pitchers and catchers report to Clearwater Tuesday. We'll have more coverage of spring training later this week, but we thought it would be interesting to take a look (or compile a report, if you will) ranking and categorizing the pitchers — and catchers — who will report to the team this week.

Of 40 arms, likely 12 or 13 will make the big league roster (expanded to 26 players this year) with five starters and seven or eight relievers breaking camp with the Phillies in late March. Just two catchers will make the majors as well.

Here's a loose ranking of the hurlers and backstops who will either be using the next month as an audition, or a tune up for the 2020 season:

Nola is the Phillies' ace, best pitcher, and a former Cy Young runner-up. He's expected to anchor the entire staff in 2020.

Wheeler's big contract gives him a lot of pressure to perform, but he'll slot in as the Phillies' No. 2 this season. He's a talented starter but would likely be a No. 3 or 4 on a serious World Series contender.

Eflin will be in the Phillies starting rotation this year after being the second most reliable rotation-man in 2019.

Dominguez showed flashes of being a staple in the back of the bullpen before sustaining an elbow injury. He won't be pitching right away this spring but when healthy, he'll leapfrog into the MLB 'pen.

Neris, sometimes as closer and sometimes in other bullpen roles, has been a solid piece for Philadelphia. Last year he had a stellar 2.93 ERA and 28 saves.

Morgan, a former starter, was a valuable left-handed specialist last year and should be the team's main left-handed reliever.

Alvaraz was both healthy and reliable last year in a bullpen that was mostly neither.

Arrieta has shown flashes of his former Cy Young self, but hasn't stayed healthy during his time in Philly. He will try and show the league he still has it before he likely becomes a free agent after this season.

Arano is a young arm with promise and should be a middle reliever.

Velasquez has an inside track at the fifth starter's job while also sporting the attributes of a bullpen star. He'll be a key piece for the Phils in way way or another.

Howard is the Phillies' top pitching prospect and has a pretty good chance of emerging from the minors to make an impact this year.

Suarez is a valuable young and talented left-hander who has a chance at starting the year in the bullpen.

Medina was once the team's top pitching prospect and is still young enough to show he's good enough to be a top 5 farm system talent.

A journeyman, Stock's stock is rising as his dynamic fastball could earn him a place in the bullpen to start the year.

The second of a handful of lefty's with skill, Romero will likely begin the year in Triple-A with a chance to fight for a spot in The Show.

A surprise invite to spring training (and member of the projected top 10 prospects), Jones has big league stuff.

"I found a slider just after spring training that was different than my breaking ball," Jones told PhillyVoice a few weeks ago. "Being able to use it against lefties and backdoor against righties helped a lot."

He's a local, from Vineland, NJ and has a 2.71 ERA over three minor league levels. 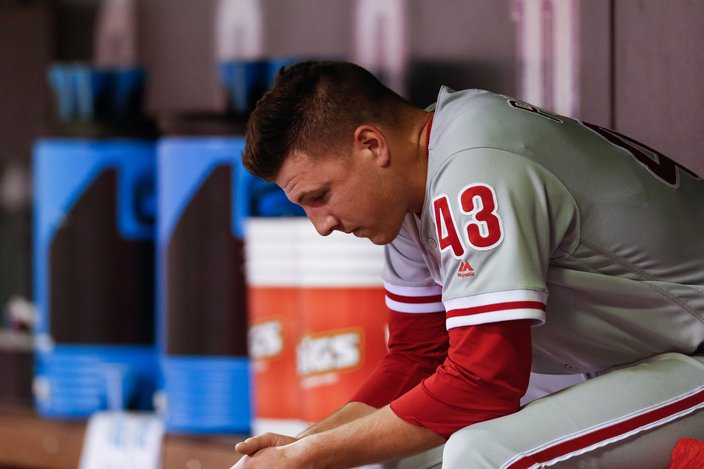 Nick Pivetta has been sent down to triple-A Lehigh Valley.

Pivetta is immensely talented but immensely inconsistent. He will have a chance to earn a role as the fifth starter, or in the bullpen this year, but his stock is not high after a 2019 meltdown that saw him lose his starting role and sent him to the minors.

De Los Santos has the stuff to start and relieve, and has 30 MLB innings under his belt.

Irvin got a few starts last year, but after strong debut was less effected out of the bullpen.

Parker has seven MLB campaigns behind him and will look to earn a role in the pen as a non-roster invitee.

Robertson would be in our top 10, for sure, if healthy, but he is expected to miss 2020 after offseason surgery.

Hunter has been a Phillie for two years but has not pitched much due to injury. He will reportedly have a shot at earning a bullpen spot in 2020.

Liriano is a seasoned veteran, with 14 years of MLB experience and a 4.15 ERA. He is a non-roster invitee.

Another former starter/reliever with ample experience, Norris will need to play his way onto the roster.

Storen, like Liriano and Norris, is on a minor-league deal and will need to impress and show his former success is still attainable.

Davis got some reps in the majors last year and will be hoping to earn a lefty-relieving role.

Kelley has big league experience but an outside chance to make the pen.

He's never been a bullpen anchor but has been a part of 11 different MLB pitching staffs.

Russo is an up-and-coming arm with an outside chance at making an MLB impact.

"I am just focused on working hard and we will see what happens," he told PhillyVoice, saying he would be comfortable either relieving or starting.

Russ has a stellar 2.48 ERA over three minor league seasons. He will be a strong Triple-A contributor.

Brogdon pitched in Clearwater, Reading and Lehigh Valley and was very impressive in all three stints in 2019.

Sanchez was a trade acquisition from the Rays, and is a member of the 40-man roster.

Guerra is a veteran who has not really pitched in the bigs since 2017.

He has not yet pitched above Double-A. 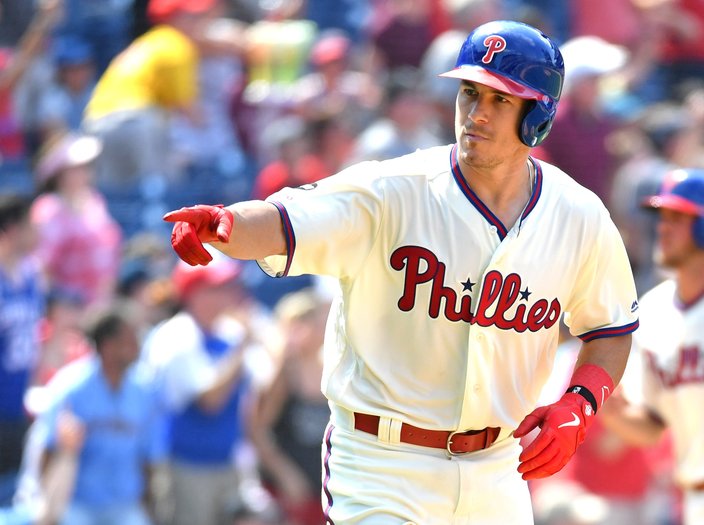 J.T. Realmuto's first year in Philadelphia was all roses, and the 28-year-old catcher earned some serious recognition from Major League Baseball on Tuesday, landing on the league's first-ever All-MLB First Team.

What can we say about Realmuto that hasn't been well documented? He is one of the best catchers in baseball right now (the best, by our estimation), and will be the highest paid backstop in baseball when he gets a new contract in a year. His defense, big bat and versatility should allow him to start at least 120 games in 2020...

...which means they can cheap out on their back up catcher, which will once again be the light-hitting Knapp.

Bethancourt is a veteran with 161 major league starts in five seasons.

College success in the SEC (a .307 average in three seasons at Mississippi) hasn't yet led to pro success (a .220 average in four years in the minors).