Phillies will have no margin for error in shortened season 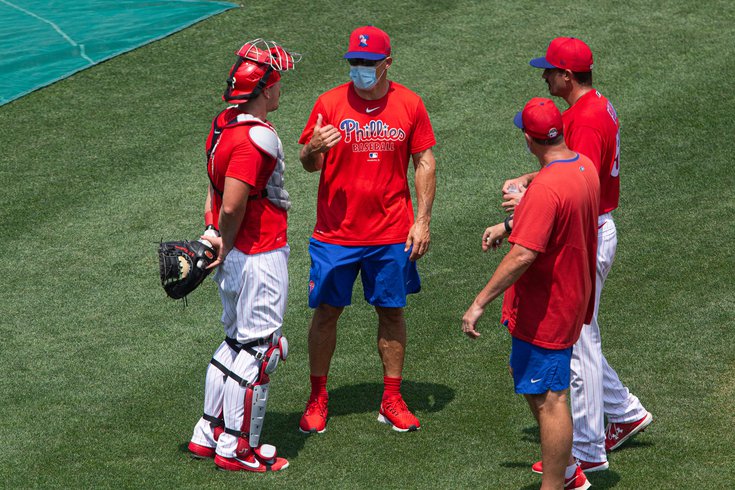 The Phillies are preparing for quite the unusual season.

Baseball's schedules came out yesterday and the Phillies, as expected, have a brutal slate of 60 games this season.

It's so brutal, in fact, that it gives them the 6th hardest path to the playoffs of any MLB team this season, and the hardest of any team that hopes it can contend in 2020.

They truly are cursed by geography.

Here's a look at the six toughest schedules and those teams' projected wins this season, via FanGraphs.com:

The five teams above the Phillies in strength of schedule (remember, 30 wins is a .500 season in a 60-game campaign) make up five of the six worst projected records in baseball, a combined playoff chance of just over 18%. The Phillies themselves have a playoff chance of over 21%.

The schedule is brutal, but the Phillies will have a chance to hit the ground running, as they open against Miami on July 24th and, after a tough home and home against the Yankees, get to play the lowly Marlins again in addition to the sub-par Blue Jays before they get their first test against an NL East contender in the Braves.

After their first Atlanta series, they'll get another respite against the Orioles. If order of games has any real impact, the Phillies did get as lucky as they really could get in the early weeks.

Phillies schedule is out ⚾️

They will open their season at home July 24 at 7:05pm vs the Marlins#Phillies pic.twitter.com/VOyBYbL3ex

Getting the Yankees over with early is very advantageous, but they'll finish against two contenders back-to-back on the road in September in the Nationals and the Rays. If the projected win totals are any indication, those games could matter a great deal.

Last year, despite early season projecting putting nearly seven teams in the NL within two wins, there wasn't too much drama in the league as the two Wild Card teams clinched their spots with four and seven games to spare.

With just 60 games, 2020 could be much much tighter. Here's FanGraph's early projections in the NL:

For argument's sake, if we assume the Dodgers, Braves and Cubs win their respective divisions, the Phillies appear like they could quite possibly be in a race against both the Nationals and the Mets for both of the NL's Wild Card slots. Or, perhaps the easier schedules for central teams like the Reds and Brewers could be the Phillies' main competition. Two wins is all it could take to swing a playoff berth.

This is where the strength of schedule could really hurt the Phillies. There are virtually no common opponents across the NL. The Diamondbacks, a team expected to finish close to the Phillies in the standings will play winning teams a total of 20 times in 60 games, with just eight of them on the road (h/t Sports Illustrated). By contrast, the Phillies have 38 of 60 games against winning teams, with 20 of those games coming away from home.

The 2020 Phillies will be battle tested. They will also not have fans in the stands, will have a potential revolving door of players hopping on and off the roster due to the new structure of the league, and to COVID-19.

There is almost no margin for error, but there is (if the season happens, and happens safely) plenty of room for drama.