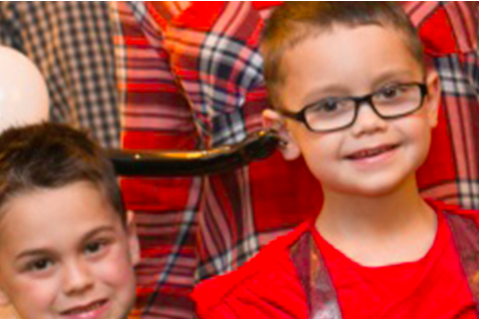 Kids in attendance at the 23rd annual Halloween Bash for patients at Children's Hospital of Philadelphia, hosted by the Philadelphia Phillies and Embassy Suites Hotel.

Last weekend, the Children's Hospital of Philadelphia celebrated a seasonal party with the Philadelphia Phillies and a longstanding tradition, the Carousel Ball, that continues to advance the hospital facilities that make it a national leader in pediatric care.

The Buerger Center features clinical "neighborhoods" for related specialties, a 14,000-square-foot multipurpose roof garden, and a building-wide theme, "Children in Motion," that uses images to enhance navigation while promoting wellness and activity, according to a release.

“Each year, the Carousel Ball has made it possible for CHOP’s clinicians and researchers to advance their work and discover new treatments and cures,” said Madeline Bell, president and CEO of The Children’s Hospital of Philadelphia. “As the hospital turns 160 this year, we are excited to celebrate the building that is also the beneficiary of this year’s event ...We thank all of those whose generosity will help us expand our legacy of family-centered care here for years to come.”

On Sunday, for 23rd year running, the Philadelphia Phillies and Embassy Suites threw a Phillie Phanatic Ghostbusters-themed Halloween Bash for 160 CHOP patients and their families. Held at the Liberty Ball Room of the Embassy Suites Philadelphia Airport, the party was attended by former Phillies pitcher Tommy Greene, broadcaster Scott Franzke, the Phillies Ballgirls, and the Phillie Phanatic, joined by his mother Phoebe.

The party included plenty of candy, arts and crafts, dancing and a cake bearing the Phanatic dressed in a Ghostbusters suit, complete with proton pack.

For CHOP patients who are unable to participate in the festivities of Halloween, the event has grown into a popular annual celebration, said organizer Maureen Mason, who serves the hospital as director of fundraising and community partnerships.

"The whole family gets to come and do something that doesn't have to do with getting chemotherapy or radiation," Mason said. "When cancer affects a child, it really affects the entire family. It's great for the family to do something where the main focus is fun."