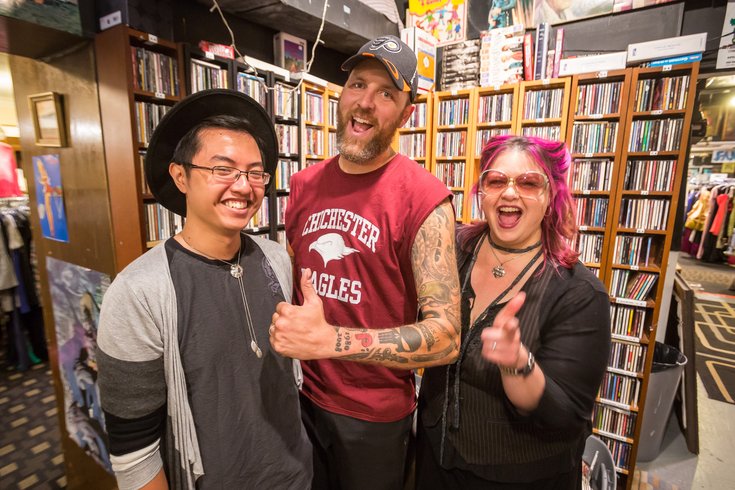 While Philly AIDS Thrift is a staple among thrifty shoppers seeking unique, and potentially vintage, wears, the core mission of the organization is to sell those items and distribute the proceeds to local organizations involved in the fight against HIV/AIDS.

Well, the organization announced Wednesday that it hit two donation milestones in 2018. Philly AIDS Thrift (710 S. 5th Street) and Philly AIDS Thrift @ Giovanni's Room (12th and Pine streets) said it awarded $246,450 to 23 HIV/AIDS service agencies in the Philly region for 2019. That's the largest total donation the stores have ever made at one time. Further, the organization will surpass $2.5 million in total donations.

RELATED READ: Where to volunteer in Philadelphia this month

For store co-founder Christina Kallas-Saritsoglou, the milestones are a testament to the hard work that has been poured into the organization.

“We started so small back in 2005, it is hard to believe that we are giving out nearly a quarter of a million dollars at one time now," she said. "I don't think any of us imagined that back then. We were just trying to keep the heat on and get the word out we existed.”

Historically, Philly AIDS Thrift’s main beneficiary was the AIDS Fund, which distributes money to 21 AIDS agencies in the five-county Philadelphia region. Recently, however, that shifted to distributing most of the money it raises via grants. The Philly AIDS Thrift board reviews and awards grants to local organizations who have applied for help funding ongoing programs and special projects.

This year’s grant awardees include:

One Day at a Time