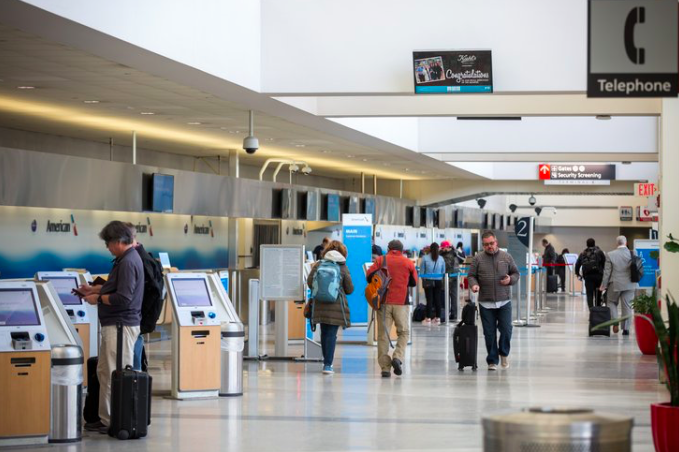 Beginning Jan. 21, the airport will introduce the scanners in conjunction with U.S. Customs and Border Protection to process departing passengers.

The technology will be mounted on boarding gate kiosks at A15, A16 and A17 for select outbound flights on Qatar, British Airways, Lufthansa and American Airlines.

Biometric screening is used to verify the identities of passengers by cross-checking them with photos already on file with the federal government. Several airports and airlines throughout the United States have introduced biometric scanners over the last year, following a 2017 executive order signed by President Donald Trump to expedite their implementation.

CBP has been mandated by federal law to use biometric exit screenings for foreign nationals, with the exception of Canadian citizens, who don’t require a visa to enter the U.S., and diplomatic and government visa holders.

A mounted tablet will scan the faces of passengers as they approach and compare them to a database. If a face matches, the machine will clear the passenger. Photos of U.S. citizens are discarded by CBP within 12 hours of identity verification, officials said.

“We are excited to welcome this new technology to the airport,” airport CEO Chellie Cameron said. “Working with our partners at CBP and our airlines will ensure our continued dedication to safety and security.”

Travelers who do not want to participate in the facial comparison process will be permitted to verify their identity with alternative documents by notifying a CBP Officer or an airline or airport representative.