Gov. Phil Murphy must decide whether to sign bill passed by legislators 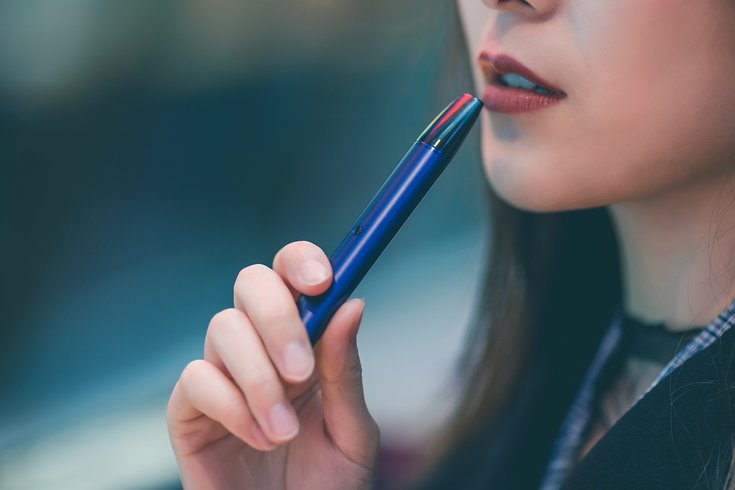 New Jersey lawmakers passed a bill that would ban the sale of flavored e-cigarettes, including menthol-flavored products. Gov. Phil Murphy must decide by Jan. 21 whether to sign or veto the bill, which includes more stringent regulations than the federal restrictions recently adopted by the Trump administration.

New Jersey is a step away from banning the sale of flavored vaping products, including menthol flavored e-cigarettes.

Gov. Phil Murphy has until Jan. 21 to sign or veto a bill prohibiting the sale and distribution of flavored e-cigarette liquid for electronic smoking devices. The legislation passed the Senate by a 22-15 vote and the State Assembly by a 53-11 vote on Monday. Eight Assembly members abstained.

If Murphy signs the bill into law, it would go into effect 90 days later.

The bill would stop the sale of e-cigarette products that have a "characterizing flavor" such as fruit, chocolate, or spice. Anyone caught selling or distributing the product would be liable to a penalty.

The proposed law is more broad than a new federal policy prohibiting the sale of flavored e-cigarette pods for cartridge-based devices. The Trump administration's ban, announced earlier this month, still allows for the sale of menthol flavors and has fewer restrictions on e-liquid used in open-tank devices.

More than 2,600 people have been hospitalized with vaping-related lung illnesses across the United States, Centers for Disease Control and Prevention. Health officials have confirmed 57 deaths in 27 states.

Scientists believe that vitamin E acetate, a thickening agent that has been added to vaping liquids, may be causing the lung injuries. The chemical compound has been found in the lungs of many patients, as well as the products they vaped.