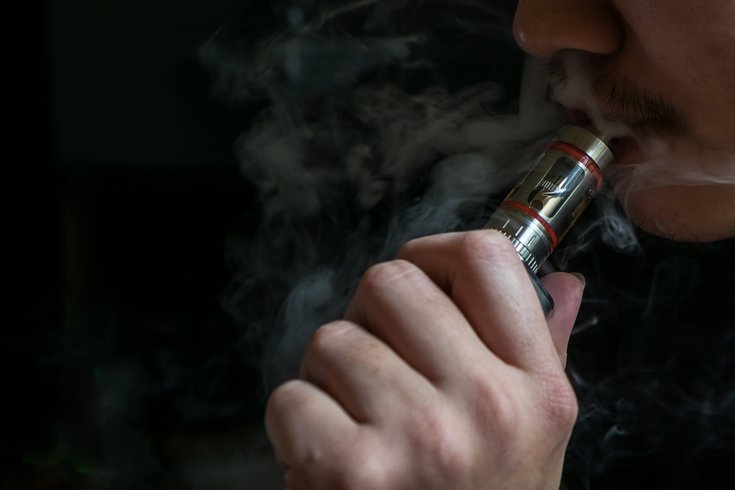 A 15-year-old Texas teenager reportedly is the youngest victim in the outbreak of vaping-related illnesses. More than 2,600 vaping-related hospitalizations and 57 have been reported by the U.S. Centers for Disease Control and Prevention.

The death of a 15-year-old teenager from Texas reportedly is the youngest vaping-related fatality in the United States since an outbreak of lung injuries associated with e-cigarettes and vaping began last year.

There have been more than 2,602 hospitalizations linked to e-cigarette use or vaping, according to the latest total released by the U.S. Centers for Disease Control and Prevention.

The CDC also reported that 57 deaths have been confirmed in 27 states and the District of Columbia, including Pennsylvania, Delaware, and New Jersey.

The rate of hospitalizations and deaths linked to vaping have slowed in recent weeks.

The deceased 15-year-old also had a "chronic underlying medical condition," according to a press release put out by Dallas County Health and Human Services officials on Dec. 31. Time later confirmed the teen's age.

Earlier this month, the Trump administration unveiled a policy that will ban flavored e-cigarette pods used in cartridge-based devices. The ban, which includes all pod flavors other than menthol and tobacco, will target popular brands that have come under heavy scrutiny during the outbreak. Additionally, the U.S. Food and Drug Administration raised the federal minimum age to purchase all tobacco products, including e-cigarettes, to 21.

The CDC reported last month that Vitamin E acetate is increasingly being linked as a leading cause of e-cigarette, or vaping, product use-associated lung injury (EVALI) in the U.S. Though most cases involve people who vaped THC, the psychoactive compound found in marijuana, a smaller proportion of victims report only using nicotine-containing products.